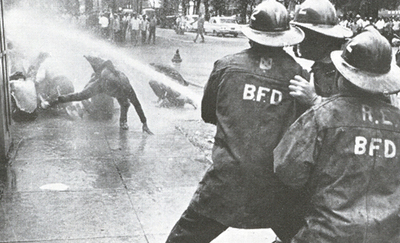 History suggests they are the only vehicles of change.

In America, we love a train wreck. It’s not that we want to see people hurt, but it seems situations have to be that catastrophic before we pay attention. So it goes for social change. It’s nice to think that our legislators are the primary movers and shakers of progress, but that’s not anywhere close to reality — Congress almost never does anything out of the goodness of their collective hearts, or for the good of their country unless they have no choice.

In fact, it’s not until grass roots movements are sustained, and maybe take on a level of militancy, are they regarded as a force to be reckoned with and measures taken. Militancy doesn’t necessarily mean violence — riots and the like turn victims into perpetrators and has a better chance of derailing a movement. That’s what almost happened as a result of the tactics used by the Weathermen during the Vietnam anti-war protests. Rather, confrontational acts that are angry, yet non-violent, are needed to call attention to a cause and draw in the crowds as participants. Lobbying has its value, but it’s slow and won’t be effective until the power of the masses is unleashed, and repeatedly so.

Here’s a review of a few movements that have taken place in the last century and how Congress and the President were eventually moved to institute laws providing for the rights and safety of citizens.

“I require three things in a man: he must be handsome, ruthless, and stupid.”