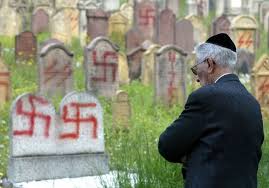 Reading it in black and white might make you shake your head and wonder, but being a part of it is an entirely different story.

Crimes against women and ‘minorities’ have also risen. Hate speech leads to hateful actions leads to divisions in society and a wedge between “us and them”.

I grew up in New York City. NYC is what the pundits call the “great melting pot”. I prefer to call it, the place where we all work hard to survive. Growing up middle class like many of us, I went to public school, from kindergarten through high school. Most of my class mates were not Jewish, as I was. I heard remarks all the time about, “kikes, mockies, hook noses” and worse. I battled with clenched fists on many occasions when my religion and my people were denigrated. We all did.

I remember walking home as a teenager from a local bowling alley and being followed by a group of 7 or 8 local tough guys yelling at us…”you Jew bastards, you F’n Jews get the F out of our neighborhood or we’ll kill you.” It was tough since they outnumbered us 4 to 1, and to further complicate matters we were very slow runners, so that was not an option.  We walked with our heads high, slowly to our own neighborhood, never once letting on that we were scared stiff.

In college I had been taunted by groups of drunk jackasses and have traded blows with several on several bloody occasions. As I got into business, (media) I was told that ‘the Jews run this business and all they care abut is money’.

As an adult I have been told that “we Jewed em down” too many times to remember. I have been stopped and asked if I was a Jew, and if so what was I doing there.

Perhaps this is something that comes from fear and insecurity, but when it is happening to you who cares. It amazes me that the great American Dr Martin Luther King took this and much, much worse and did so non violently…and in case you forgot, he was a Black Man for whom prejudice and discrimination were a daily condition.

We may never get over racism, anti-semitism and the like, but the more people who speak out against these things, the better off we all are.