The idea of energy flows and meridians seems pretty cool, but it’s not concrete enough for the western world with its scientific and pragmatic traditions. Nevertheless, scientists are coming around to believing acupuncture works, and although they’re not quite sure how, they have come up with some hypotheses. Putting it very simply, it’s proposed that needles stimulate the nerves and in doing so send signals to the brain. The brain then releases certain hormones and bio-chemicals that are good for us, and suppresses other hormones and bio-chemical substances that aren’t. Which are released and which are suppressed depends on where the needles are placed on your body.

While not yet proven effective for treating specific diseases, acupuncture does help with depression, anxiety, all kinds of pain, and the side effects of cancer treatments, such as nausea. It also helps to promote better sleep, which most of us could really use.

And, of course, it helps to relieve stress. It does this by suppressing the release of stress hormones and by triggering the release of endorphins, the brain’s natural “feel-good”chemicals. I should point out that acupuncture is a relaxing experience in itself, even producing feelings of euphoria afterwards. Lying down and focusing on the sensation in your body is pretty close to meditating — in fact, it’s believed that a regular acupuncture treatment regimen can change your brainwave patterns in the same way that meditation does. 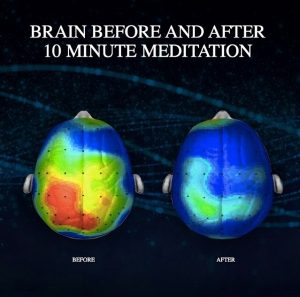 Page 2 of 5 Previous Page Next Page