Arguing is not only normal, it’s quite healthy for a marriage. It’s the primary vehicle for change. If we’re unhappy with something our partner does or doesn’t do, only by confronting them can we make our needs understood, and give our partner some direction to satisfy our needs, if they choose to. Arguments also make partners come together — by fixing their problems as a couple, they can feel more bonded to each other.

In fact, couples who never fight might have bigger problems than those who argue regularly. Their relationship may lack trust, so partners are unable to be honest and candid with each other. Or they may keep their interactions at superficial levels just to avoid conflicts. An unhappy partner in a conflict-avoiding relationship won’t have many avenues for making his or her marriage better. 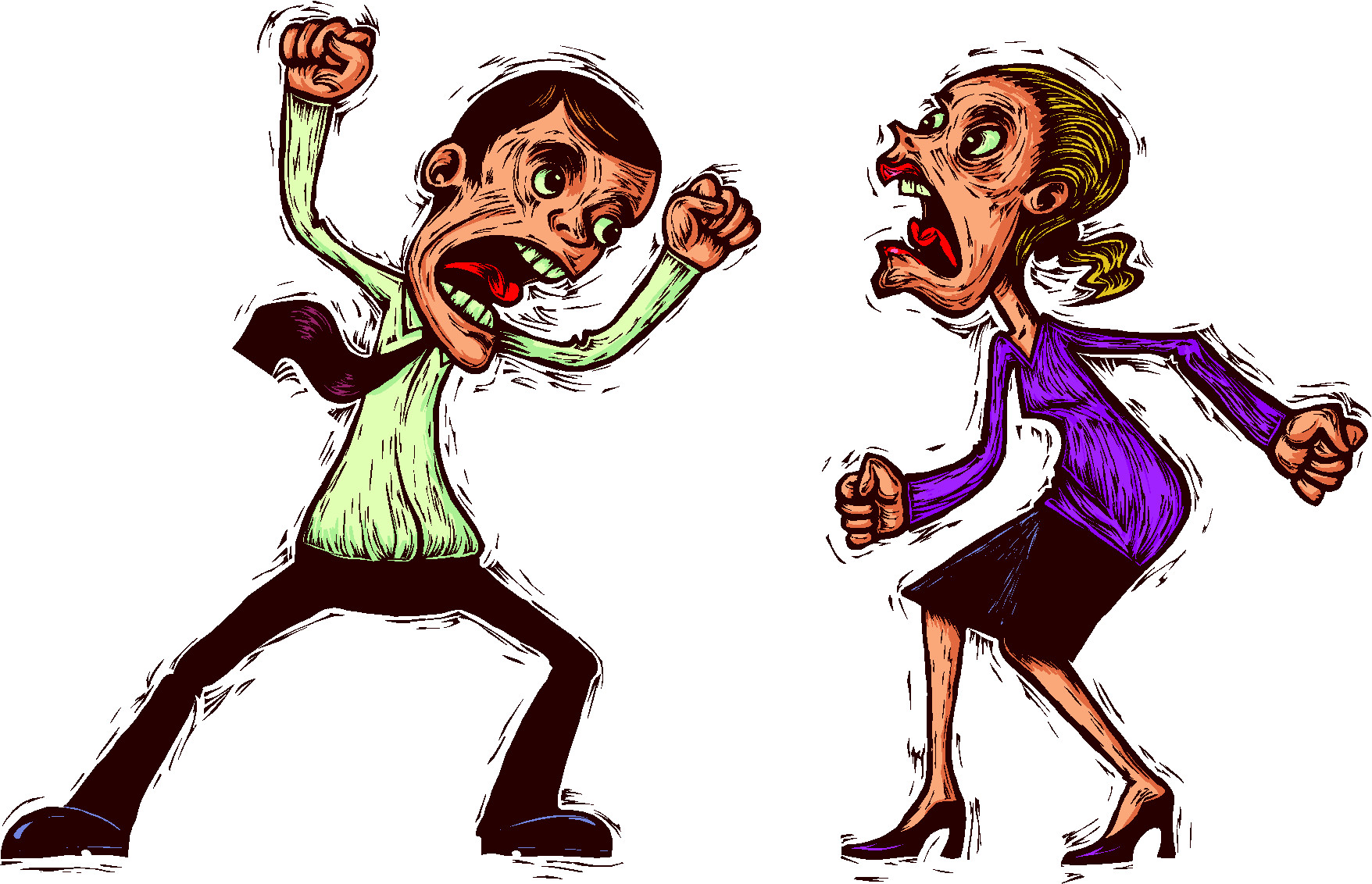 More important than how often couples argue is how they behave when they do. We should point out that arguing is only helpful if you and your partner are effective at it, and by that we mean the argument solves a problem efficiently. Very often couples who argue about the same thing over and over again can’t arrive at solutions because their communication patterns get in the way.

There are lots of things that determine whether or not you have an effective communication style. Here we’ll focus on one of the more common ineffective patterns — reciprocation, or going tit for tat.  Here’s a real-life example to illustrate how reciprocity gets you nowhere:

Lou and Maria had arrived at their therapy session angry at each other. They were asked what was wrong, and they relayed the story this way:

Lou started it off by mentioning that he had to leave work early to pick up Maria, and she kept him waiting for about 25 minutes. It turned out that something had come up just as she was about to walk out the door, although Lou didn’t know that. When he was asked to describe why he was still angry, Lou turned to Maria and said, “You think I have nothing better to do but sit in the car and wait for you. You always do that, and you don’t see how inconsiderate you are. It doesn’t even occur to you that having to leave work just to pick you up is a major imposition.” Maria then responded with, “You think I was taking my time just to piss you off? It never occurs to you that I couldn’t help it, because you never give me the benefit of the doubt.”

​Maria then continued; “Besides, it’s always a major imposition. I can’t ever ask you to do even the smallest favor for me.” Then it was Lou’s turn; “What do you mean? I’m always doing things for you!  I spend half my life helping you out in one way or another.” Maria came back with, “Really? I can’t remember the last time you did something nice for me that you didn’t make me feel guilty about. I swear you’re more considerate of the dog than of me.”

Lou was not to be outdone. He rattled through a list of things he had done for Maria, and then said, “I do a lot more for you than you ever do for me.” Maria then went through her own list of things, including cooking and cleaning and taking care of the children, to which she then added, “Besides, if I didn’t do this stuff, it wouldn’t get done. You just can’t wait to go out and play golf when you’re not working.” Lou then came back with, “When’s the last time I played golf? I haven’t played in three weeks. You can’t even give me a few minutes to relax when I’m not killing myself at that job.”

They continued on this path for quite a while. The argument was supposed to be about Maria being 25 minutes late, but they never discussed that and so they never had an opportunity to come to an understanding. Instead they covered a lot of past resentments. In reality, they were never fighting about the 25 minutes, but about everything else that made each of them unhappy.

Responding to a partner’s grievance, e.g., “You do this,” with our own complaint, “Well you do that,” takes the disagreement off the original topic and away from finding a solution. Worse yet, these confrontations almost always escalate, and intensely so, as partners present each other’s shortcomings and mistakes, going as far back in their relationship as they can remember. It’s as if each partner stores up all the wrongs done to them in a big bag, and the contents are then dumped out when needed for a counter-attack.

Going tit for tat is an easy but dangerous trap to fall into. When we reciprocate, we have essentially decided that solving a problem isn’t entirely what we’re looking for. We want to prove that we’re at least as good to our partners as they are to us, or we’re using each confrontation as an opportunity to express the anger or resentment that we’ve built up over the years. It’s only after partners step away from each other and calm down that they can tackle the original cause of their argument.

As mentioned, a defining feature of effective communication is efficiency. That means the argument is not drawn out longer than necessary, doesn’t move off-topic, and doesn’t escalate to personal attacks or a rehashing of past disappointments and resentments. Reciprocity violates every one of these.

But reciprocity, as every ineffective communication style, not only interferes with solutions, it also produces negative feelings that linger. In the above example, you can sense the emotions are getting stronger and the words are becoming more and more emotionally charged as the disagreement continues. Consequently, both partners usually feel less satisfied after such an argument because they haven’t made any progress, but rather have actually accumulated more reasons for resentment that they might then use in future disagreements.