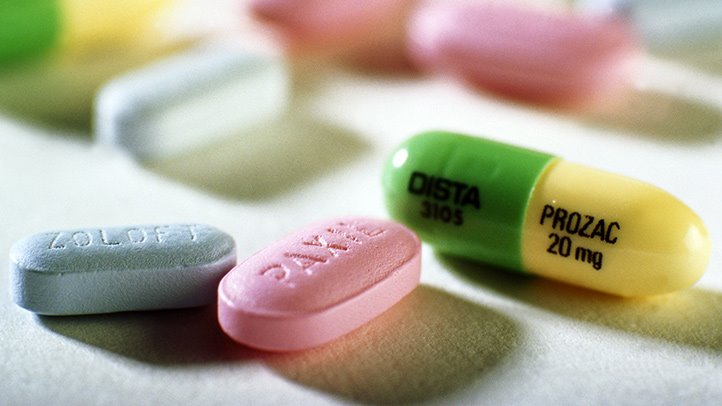 Is there a better way to treat depression and anxiety?

Since the 1980’s, anti-depressants have been the go-to solution for people suffering from depression and anxiety. Indeed, they are now widely regarded as milestones in psychiatric treatment.

But have we become too reliant on these medications? Consider these stats — about 13%, or roughly 42 million of all U.S. citizens over the age of 12 use anti-depressants regularly. Just focusing on those 60 and older, it’s about 19%, — a sizable percentage. The number on these drugs today has doubled since 2010 and tripled since 2000.  We’re now at the point that Prozac, Zoloft, Paxil, Luvox, Celexa, Cymbalta, and Lexapro are among the most widely prescribed of all drugs.

So, lots of folks using them, but they’re not doing so as they were initially approved — short-term, meaning just a few months to help a patient get through a period of depression. They’ve become long-term medications — almost 7 in 10 users have been on them for more than two years, and 25% more than a decade. That’s in spite of the fact that there has been little research on their long term effects. 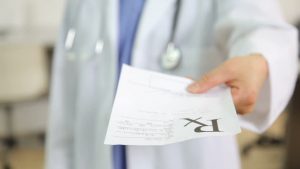 Of course, the makers of these drugs, such as Pfizer and Eli Lilly, claim they are mostly safe. Well, they’re probably safer than many other medications, but they’re not completely harmless.

For one, trying to quit cold turkey could lead to a “discontinuation syndrome”, that is, withdrawal. If you suddenly stop,  you might experience dizziness, loss of coordination, fatigue, tingling, burning, blurred vision, insomnia, and vivid dreams. Less often, there may be nausea or diarrhea, irritability, anxiety, and crying spells. So while these drugs are not physically addicting, they may be psychologically, that is, users may feel they’re addicted.

Other side effects while taking some types of anti-depressants may include emotional numbing, sexual problems like a lack of desire or erectile dysfunction, and weight gain. Some patients also report insomnia, skin rashes, headaches, joint and muscle pain, stomach upset, nausea, or diarrhea.

Still,  these side-effects are not wide-spread, and when they do occur, they’re usually mild or temporary. 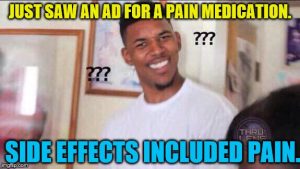 But there are other concerns. From my perspective as a psychologist, I take issue with MD’s prescribing anti-depressants as readily as they do. As a guess as to why — expediency, for the patient and the doctor. If a doctor asks a patient about their emotional state and the answer comes back, sometimes I feel a little depressed, the simple answer is, take this. Problem solved. It’s also an easy solution for the patient — one pill a day and I won’t feel depressed anymore, no need for long-term therapy. Of course, I might not feel much of anything else, but numb is better than anxious.

By law, only Physicians, Physician Assistants, and Nurse Practitioners, doctors with medical degrees can prescribe medications, including anti-depressants. While MD’s have some training in pharmacology, they are far from experts. Instead, many doctors rely heavily on drug company sales reps for their information, especially for new drugs. These folks have a vested interest in moving a particular product or brand. The recent opioid epidemic reveals just how uninformed, and how misled, MD’s can be about the medications they prescribe.

The fact that they prescribe medications for emotional issues begs the question — how much training do MD’s have in psychological therapy? The answer is none of any real depth. Consequently, the only treatment that a physician can actually provide for depression or anxiety is a pill.

Now, that’s not to say that prescribing anti-depressants is wrong in all cases. Certainly there are a number of patients for whom these medications are essential and life-saving. Researchers estimate that as much as 40% of depression is genetic, suggesting there are chemical or neurological issues that predispose people to depression. Medications seem to make sense for these patients.

But depression is a complex thing that can be brought on by lots of environmental factors, such as poor sleep or nutrition, stress, traumatic events, illness, other medications you’re taking, etc. Genetic factors may be a major risk factor for depression, but genes and the environment interact to determine exactly how these genes are expressed. In other words, just because you’re genetically disposed to depression, events in your life are essential determinants as to whether or not you actually suffer from it. So medications don’t necessarily make sense, at least as the first course of action, even for the genetically disposed.

It would seem that a more responsible approach would be to recommend a patient try psychotherapy first before going on the pill. Patients can learn various strategies for reducing neuroticism, a personality trait linked to depression, characterized by a tendency to be moody and experience negative emotions such as anxiety, worry, fear, anger, frustration, envy, jealousy, and guilt. (Note that neuroticism is measured on a spectrum, meaning we all have it some degree or another. But for those who suffer debilitating depression, it’s likely to be a dominant personality trait.)

The point is, if you think you might be suffering from depression, consider talking to a therapist first. With time and some effort, you can get at the underlying causes of your depression, and learn strategies for coping with emotional downturns. That makes more sense than masking your problem with an emotion-numbing drug.

Ultimately, you may find that an anti-depressant works best for you, and that’s fine. But that shouldn’t be your first, or your only, option.