Now for something completely different

If you are looking for a new hobby or pastime, how about something in the sports area. No, not bowling, or shuffleboard, they’re a bit too mundane. How about something that will allow you to stretch out a bit? No, not Yoga, forget Tai Chi…we are talking about the Sport of Kings. Yes, Polo. (No, not the tee shirt).

In case you didn’t know, here are some facts about the game you should have in hand before you suit up for your first chukka.

Polo is a horseback mounted team sport. It is one of the world’s oldest known team sports.

The game in its modern form originated in Manipur, a northeastern state in India, and was popularized by officers of the British military in the mid 19th century. Today it is played all around the world, with well over 100 member countries in the Federation of International Polo. It is played professionally in 16 countries, and was an Olympic sport from 1900 to 1936.

Do not be alarmed by the terms, “played on horseback, or team sport, or British officers”…would I steer you wrong?

The game is played by two opposing teams with the objective of scoring goals by hitting a small hard ball with a long-handled wooden mallet through the opposing team’s goal. Each team has four mounted riders, and the game usually lasts one to two hours, divided into periods called chukkas. If you are playing outdoor or ‘grass’ polo you will have six chukkas of seven minutes each.

The playing field is 300 yards by 160 yards and eats up a horse’s legs like popcorn at the movies. In an average game, each player will use 6 horses. Two teams of four players, six horses each, and by the way, 2 horses apiece for the umpires and you’ve gone through 52 horses in an afternoon.

Pricey to say the least…that must be where the ‘king ‘ part comes in.  Still, you’re doing great, just stay with me.

Now in your desire to play the ‘sport of kings’ you will need some gear. That is part of the fun in any sport. The first thing you will need is a field. Don’t fret if you live in a crowded city, we now have ’Arena Polo’, where all you need is a vacant armory or airplane hanger. Depending on where you live you just might find one. Sure you will!

Then of course you will need a Polo Pony, which is a delightful euphemism for a horse. Your steed must be quick agile and with great capacity to change direction at an instant. (It helps if you also have the same qualities). 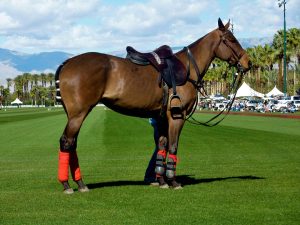 The object of the game is fairly simple. You ride as fast as you can, pushing your ‘pony’ to his limits, lean over, strike the ball with you wooden mallet, driving it into the opponents goal and thereby scoring.  No…they do not shout Goooooolll, that’s another foreign sport. As I said, you have six chukkas of seven minutes each to accomplish this.

You need a polo mallet. Again, not to worry. The Root Cane mallets on eBay can be had for about $30. The balls are about $5, and the protective padding you must wear will set you back about $100. Once you pay the several thousand for a horse, excluding of course his up keep,  you’re ready to go. Just think of all the money you saved by not buying that new set of golf clubs… 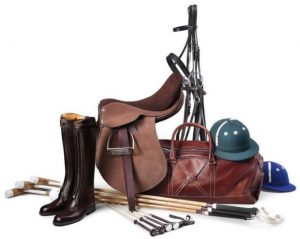 Finally, now that you are ready to begin, you must learn the jargon.  You might suspect that the King’s Sport would be genteel and sophisticated…Hell No!

There are, neck shots, cut shots, tail backs where you hit the ball defensively under and between the tail and rump of the other player’s horse. A Hired Assassin is a common term — no, it is not a guy sent after your mother-in-law. It signifies a professional player…and finally the Hooter is the ref’s way of telling you that the chukka is over.. 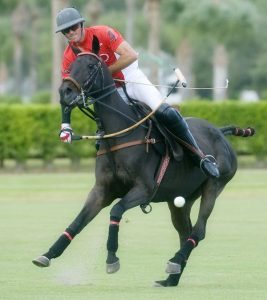 All in all, if you put your mind to it, you might become a Hired Assassin and wind up in the Polo Hall Of Fame in Lake Worth, Florida…

I say let’s go for it. A few chukkas, anyone?