An amazing adventure in the lap of luxury.

You’re not going to see any pictures of animals in the wild. There are plenty of places you can find those. Instead, my focus is on what the experience can be like if it’s done with some panache.

Let me begin by saying I never wanted to go on Safari. The prospect of sitting in a jeep, swarmed over by insects the size of small cats, staying in a lodge, which in my mind is a glorified tent, to see wild animals that would like me on their menu if given half a chance, to say nothing of the $1000 worth of immunization shots you need to fend off the various medieval diseases you’re likely to encounter, just didn’t thrill me. But I have friends, Roger and Cheryl, who are more adventurous than I am. So, aiming to please, my wife and I went along. What made the decision easier was a promise that I would not have to be involved at all in the planning — what the hell do I know about lodges and jungle guides and the wilds of Africa, anyway? I like posh hotels and piazzas and sipping wine, not hunkering down in the wilderness. 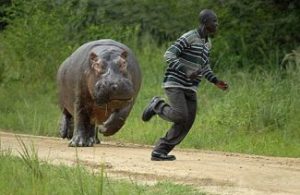 Two days before we were to depart, our friends had to back out because of a family crisis. So I went from a passive spectator to travel agent. As self-centered as it might seem (and is), I was not happy. Honestly, I was so angry that I signed all my emails to our mutual friends with…

“Roger and Cheryl must die.”

On top of having to take charge, Cheryl had set up a very complicated trip because she wanted this to be a special adventure for us. We started at Livingstone in Zimbabwe to see Victoria Falls, and then made our way by open-air jeep across country, about 90 minutes, to Botswana, and after an amusing stop at the Botswana border — very third world — we changed drivers and jeeps and drove another 60 minutes or so to our second lodge. This did not have to be so complicated, and it meant a lot of work to make sure things went smoothly — the last thing I needed was to be stranded in the middle of Africa. We could have done the entire thing in the Livingstone area, or in South Africa for that matter, without visas and a border crossing and multiple transfers and three lodges. ​ 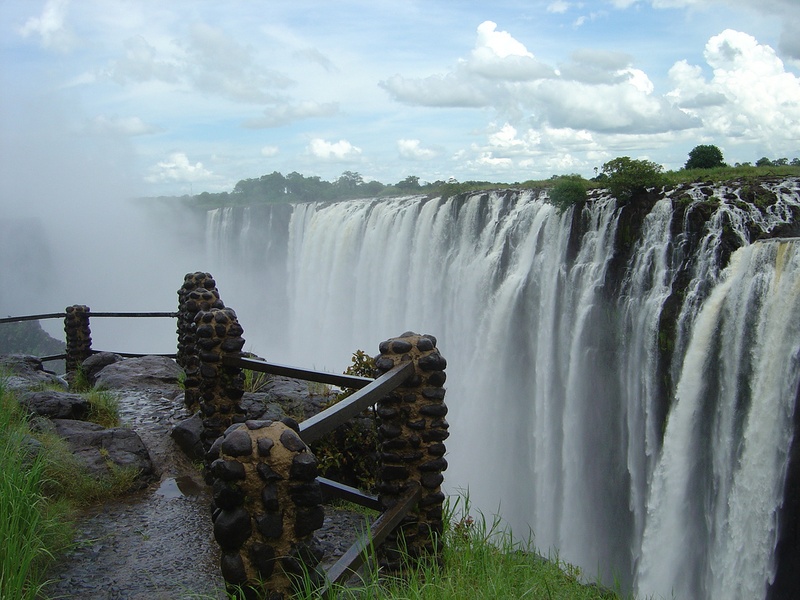 About the border. The customs building was little more than a hut, maybe 30 feet in length, with a door at each end. You enter through one door and fight your way to a window to see a customs official. After handing over your passports, he tells you to go to the next window, about 3 feet to your left. As you move over to that window, he does also (at least I thought it was him — I remember thinking he looked vaguely familiar, and there wasn’t anybody standing at the other window), and hands you back your passports. You’re also given a piece of paper which serves as your pass to get through the border.

You then walk about 50 yards or so to the crossing area, dragging all your luggage with you past pot holes and puddles and baboons and warthogs and people muddling around (who seem to be waiting for the guard to look away so they can skip over to the other side). There a guard looks over your pass and lifts up the arm, the kind of contraption you would find at a railroad crossing, only hand-powered. Our second driver was waiting for us, and we dragged our stuff to his open-air jeep and off we went. He didn’t have much trouble identifying us — Americans have a way of standing out, particularly in that part of the world.

But I’m getting ahead of myself. While I started out with a bad attitude, that began to change when we arrived at The Stanley and Livingstone — a tent it is not. This is a legitimate 5 star hotel, with gourmet restaurants, beautiful views, great accommodations, and an attentive staff. Here’s a sampling of photos to give you an idea (I do love posh): 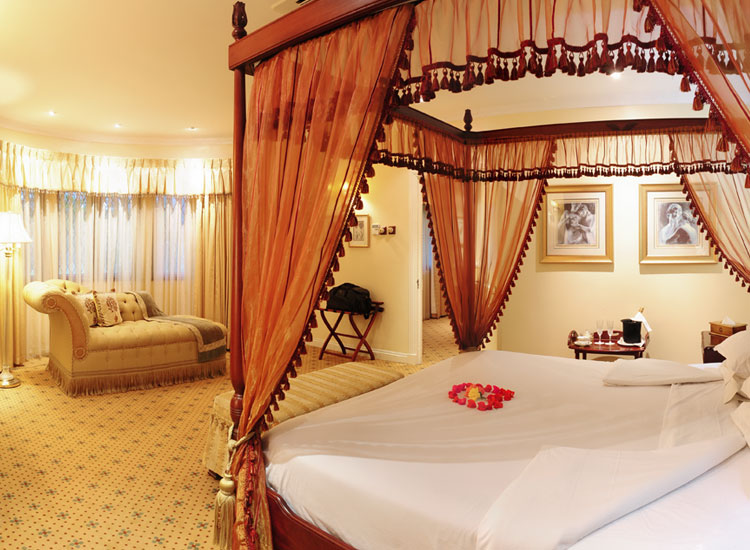 Despite all the border stuff, which actually was interesting (I always find stuff interesting if no one dies in the end), I moved further down the happiness road while driving to our next lodge. We had to stop to let a tower of giraffes cross the road (that’s what one calls a group of giraffes — seems fitting). This happened right in front of us, and I never expected to feel so thrilled and amazed by that sight.

At that point the thought crossed my mind that,

“Maybe death to Roger and Cheryl is a little extreme.”

​I officially moved to elation when we arrived at our next lodge, the Chobe Chilwero. Before they let us check in, we had to undergo a 45 minute foot massage — I can’t say I’ve ever been greeted in quite that manner at a hotel. Here are the accommodations we had to suffer through during the next three days in Botswana: 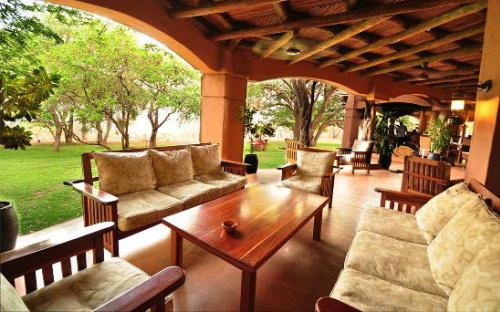 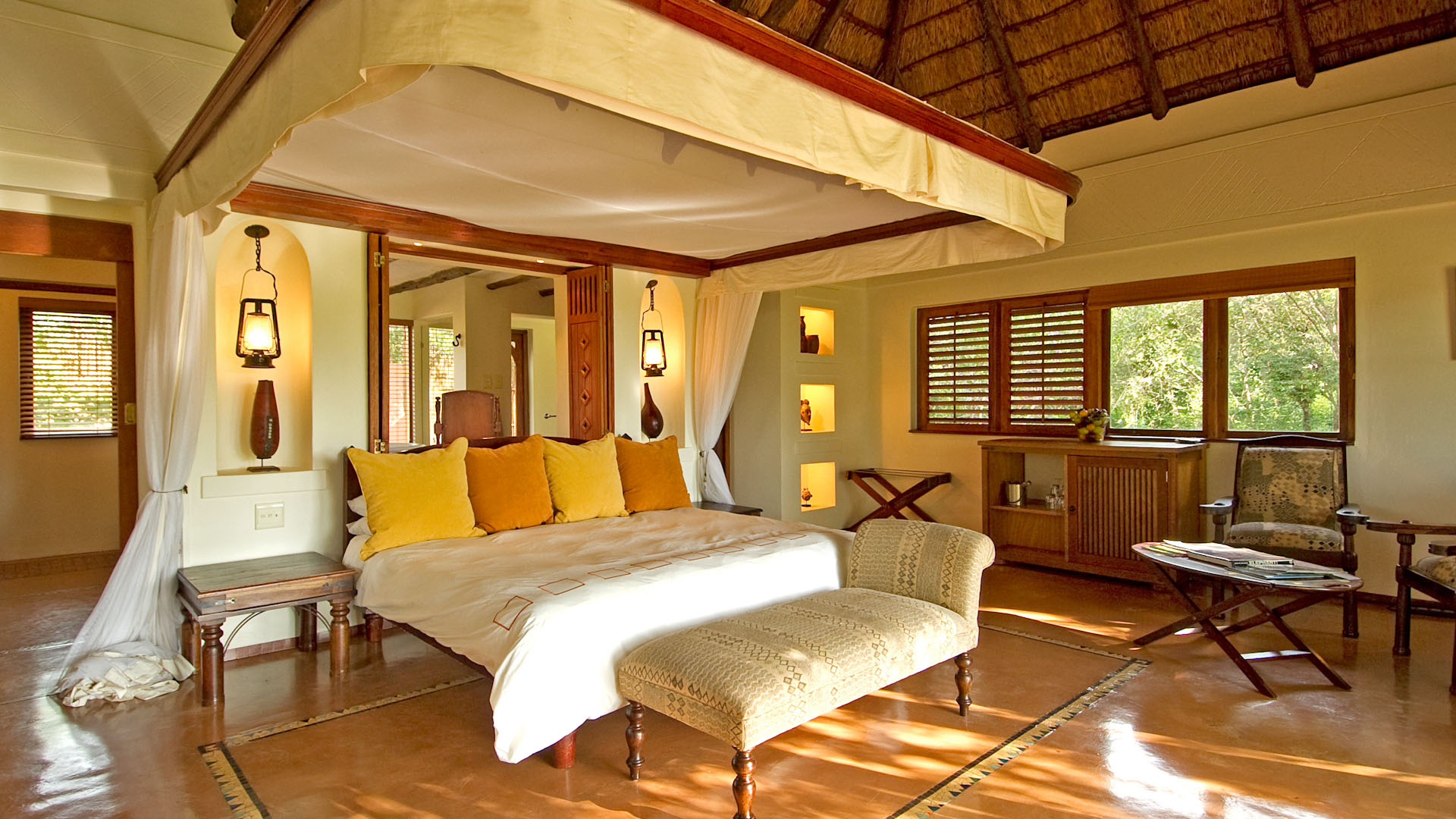 On top of the beautiful setting and gourmet dining, Chobe Chilwero has a magnificent spa, where after a tough day in the bush you can treat yourself to a world class massage — possibly the best I’ve ever had. But there was so much more beyond the accomodations. The guides are highly enthusiastic, informative, and fun, and the people of Botswana and Zimbabwe are warm and charming. You can also throw in the fact that people who go on safari are seasoned and passionate travelers who love to trade stories of their adventures. This all adds up to an incredible experience.

​Now, make no mistake, this is not Disney World, despite the quality of the hotels and the way the staff makes things happen seamlessly. The animals are real and dangerous and you have to be extremely careful. For example, when we wanted to leave our room at Chobe Chilwero — they’re set up as separate cottages away from the main building — we were requested to call for a escort, who was armed and walked with you. When out in the bush, it’s not at all wise to get out of the jeep. The locals (meaning lions and elephants and such) see the jeep as a very large animal and will avoid a confrontation, but step out and you can become either a threat or a meal.

That said, I never felt in danger. In fact, driving through the bush in search of prey and predators was exhilarating — you never knew what you were going to find around the next bend in the trail. Then, on one of our last days looking for big game, our guide brought us to a place where it was safe to get out of the jeep. He then broke out hors d’oeuvres​ and cocktails so we could  enjoy the sunset on the Zambezi River in style.

So, if you’re like me and thought a safari would not be worth the effort, think again. Visiting the wilds of Africa, and doing so without giving up luxury and comforts, was one of the highlights of all of my travels. Five years later the memories are still vivid. Looking back, I can’t believe I would never have considered such an excursion if I wasn’t pushed into it by my very dear friends, so I must add:

I should mention that the hotels and lodges discussed above are not the only upscale ones in the area — there are actually quite a few. But these I’ve had experience with and feel comfortable recommending, even though they haven’t paid me to say nice things about them.

To learn more about the Stanley and Livingstone hotel, go to stanleyandlivingstone.com.For more information on the Chobe Chilwero Lodge, go to sanctuaryretreats.com