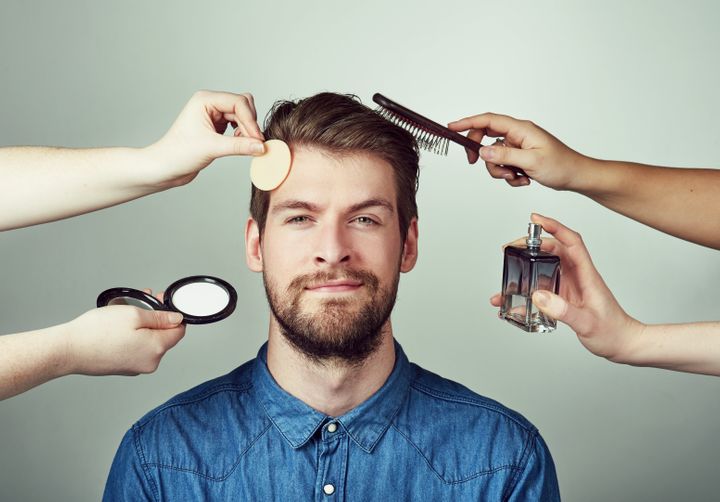 Getting in touch with your feminine side.

Recently at a social gathering, I met a fellow I hadn’t seen in years. From across the room he looked somehow younger than the last time we met. As we approached, I noticed he was wearing makeup. My first reaction was “why not?” My second reaction was “why?”

This fellow has been married for years, and has two teen-aged children. I would guess his age at 50-52 years. He is a professional man, and one more prone to playing golf than spending his nights at a Rave. We would call him “conservative”.

Growing up in the age of Rock & Roll I am used to seeing performers wearing makeup — Boy George, Alice Cooper, Marylin Manson. I think Mick Jagger even used some eyebrow pencil in his day. 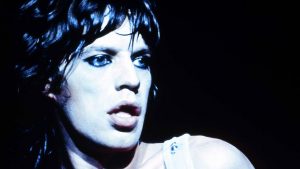 This is not that. This man was using makeup the same way his wife would. To cover imperfections, to make him look healthier, perhaps younger, and even to give himself a more dramatic look.

Is this the wave of the future, or another passing fad? The facts seem to lobby for the former.

Since 2016, Cover Girl Makeup has had a Male Ambassador. He is 19 year old James Charles, (shown below), a Brit who says he has been enjoying every minute of his international celebrity. He helped launch their ‘So Lashy Mascara’.  That product is being billed as “lash equality”, obviously telling men it’s OK to do your lashes. 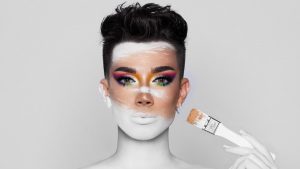 Makeup and Men is a topic that goes back over 40 centuries. Egyptians, Romans and many other tribal cultures gave men the OK to wear makeup, as did the English, and of course the French.

Masculinity was important in ancient Egyptian culture, and makeup actually played a role in that. As early as 4000 BCE, men used black pigment to create elaborate cat-eye designs. A few millennia later, kohl eyeliner, green malachite eye shadow, and lip and cheek stains made from red ochre were also popular. The purpose was not to look more attractive — rather, green eye shadow was believed to evoke the gods Horus and Ra, and therefore ward off harmful illnesses.

Fast-forward to the 1st century AD, when Roman men were known to apply red pigment to their cheeks, lighten their skin with powder, and paint their nails using a stomach-turning elixir of pig fat and blood. Roman men also painted their heads to camouflage bald spots, but that might be for another time. 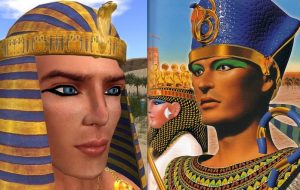 Elizabethan men used white powders to lighten their skin, and often red powders to give them ‘rosy cheeks”.  The French were no strangers to makeup for men. In the 18th Century, King Louis XVI partook in the extravagance of makeup and hair products. (Louis went bald at the age of 23 and subsequently forced the aristocracy of France into an obsession with wigs.) Men of the royal court also painted on beauty marks which I guess went well with their high heels, which were ever so popular! 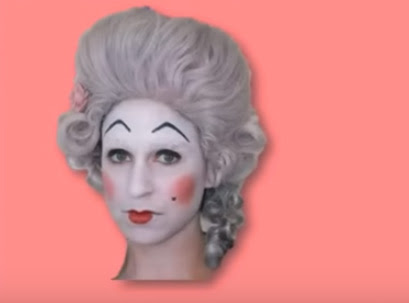 Closer to home with the film boom in Hollywood in the early 1930’s, makeup became standard for actors. Most were simply made up for the camera but some of the makeup found its way onto the streets, into the clubs and could be seen at the ‘hipper parties’.

Makeup took another turn in the 1980’s when punk rock again changed the game. Musicians were wearing man tailored makeup on and off stage. Heavier eye liner was now known as ‘man liner’ and worn by too many celebrities to mention names.

Through the first two decades of the 21st century, men’s makeup made the leap from Hollywood to small town USA. Men of all ages, and bents were wearing makeup.

I like to think of myself as a progressive sort of guy, so I asked my wife (a beautician) if she would paint my nails, just to see how folks would react. I live in a small town in North Carolina and teach at the local community college. I went to class with black nail polish. My students were so blasé that I had to mention that I was wearing nail polish. They blinked once and then went back to texting their girl/boy friends, absolutely underwhelmed.

However, to my great distress, when I went to the supermarket, I dared not take my hands out of my jacket pockets!

I may not be ready for makeup, but I think the world certainly is, and I salute those men among us who make that decision. 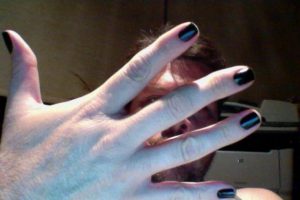