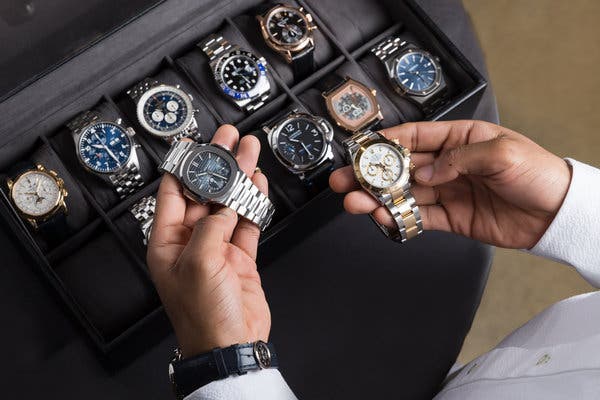 What the muscle cars of the1960’s were as iconic representations of an era, today it is exotic pre-owned wrist watches which are capturing that same bygone era. These exotic time pieces are not only bringing in thousands of dollars more than their original prices, but more than the homes the people who owned them lived in.

There has always been a market for nostalgia, from old cars to old clothes to old wristwatches. Today the leader in the field are the wristwatches. As one dealer put it, ‘watches are unlike automobiles in that you don’t put miles on them, and those that are lovingly cared for will run for ever.

Having just passed through the pandemic, with its unemployment and general malaise (along with a host of other miserable things), most shopping and especially collectable shopping was forecast to hit the skids. Not true.

The second hand watch market often valued at 15 billion US dollars exploded. Fine grade wristwatches were at a premium, and the market is still seeing huge jumps in price.

If you’re wondering why this is happening, there are several interesting speculations. The first being, with more people staying at home, there is more time for buying, more ideas of how to invest during turbulent times and in some cases the idea that value can be mined from the often forgotten. Even retailers who frowned upon selling pre-owned now feel that an on-line presence is a great shadow for their timidity. Selling in an auction is far different from having second hand watches in your retail establishment.

Another current trend is the purchase of ‘celebrity’ time pieces.

The Panerai Luminor, once owned by actor Sylvester Stallone, was recently put to bid by a New York auction house, which was expecting the bidding to stand at somewhere between a beginning bid of $40,000 to a high of $80,000. It did not. The watch sold for $214,200.

A Heuer Monaco worn by Steve McQueen while filming the 1971 movie Le Mans topped out at $2.2 million.

As you might expect, the better known brands, Rolex in particular, has been doing great business over the last ten years. The model 116500LN, known as the new Daytona which was introduced in 2016 with a retail price of $13,150 now starts at $27,000. (Pre owned)

As we printed in an earlier article, a stainless steel Rolex Sub Mariner with a retail of $4,000 sold some fifteen years later for $6,500. Certainly there are bargains to be had and pieces which will always bring in better resale, but a good wristwatch taken care of is a solid investment and one that will offer a fair return, plus keep you aware of the time as long as you wear it…

Oh yes, it might also make you a bundle of money.