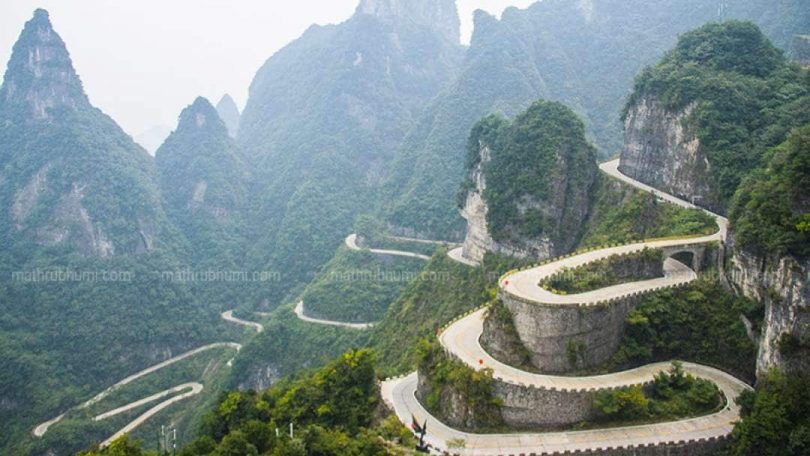 Driving America for fun and terror

I often have the same recurring dream, as many people do, but my dream is a true story that happened to me, and I can not remember the ending in the dream, nor can I in real life.

It takes place on a mountainous highway in the middle of winter heading north somewhere in western Virginia. The weather is fine and dandy at the bottom, but once we start climbing snow begins and the road becomes very icy.  I have to drive this road for 180 miles. Not a great prospect.

My wife is in the car with me and both of us are frozen with fear. By now I am down to doing 30 and don’t care who that bothers. I am holding tight trying to remember all those worthless (to this point) tips AAA has given me with my membership over the years. I am straddling the double yellow line and at least that makes me feel I won’t go over the edge.

All of a sudden some jack-ass is honking his horn trying to pass me and I’m have trouble just trying to get to the right to allow the pass. Somehow I manage it and he goes screaming by window down shouting four letter words at me that are not LOVE!  I roll my window down to respond, and as I do I feel a tug on the wheel, and then I wake up. I have no idea how it turned out in real life, except to say I am not writing this from the grave.

That got me thinking about the worst and most dangerous roads in the US.  They give you a sense of dread and foreboding when you know you absolutely have to use one of them to get where you’re going.

Some of the more well known are in California and Texas. Cali leads in fatalities. (Easy to understand if you have ever lived in or around LA.) Twenty-five states have at least one of the 100 most dangerous roads in the U.S. Seventeen of these roads are in Florida, 15 are in Texas and 11 are in California.

The most dangerous road in the U.S. is Interstate 5 in California. From 2015 to 2019, 584 people were killed in 544 fatal crashes. That means that 107.4 people were killed for every 100 fatal accidents. While these statistics are accurate to the best of the Government’s knowledge, it should be understood that the 5 runs pretty much the length of the entire state, so it’s a long road and heavily traveled. Not trying to making excuses, but…

When we move from fatalities to just sheer danger, then we go to Alaska for number 1, that would be Alaska’s Dalton Highway. Dalton Highway stretches some 400 miles through remote forests, tundras, and over the Yukon River.

What makes this drive extra scary is its 240-mile stretch with no gas stations, restaurants, hotels, or any other basic services. In other words BYOS (bring your own stuff, including bathroom tissue.). The road also contains multiple signs warning of steep grades and avalanches, which are no joke.

This stretch of US Route 550 (Dalton Highway) traverses three 10,000-foot mountain passes, and winds across steep cliffs and hairpin curves, all without guardrails. No more need be said about that road!

Local folklore says Colorado’s Million Dollar Highway got its name because an early traveler said you’d have to pay her one million dollars to drive it again. To some people these all sound like great adventure, to others they simply say, “Stay away, unless you are really crazy.”

But danger doesn’t always come from the highways. I saw a messenger in NYC on a skate board, dark glasses and an iPod in her ear riding hard and fast on 7th Avenue during the evening rush hour. I have driven Lake Shore drive going the wrong way on a frosty January morning, I have a sworn affidavit from a close friend that he saw a guy in some kind of new big engined sled doing close to 100 mph on Miami’s Calle Ocho at 2 am. In the tiny town I live in, troopers almost always rundown some drunk guy doing double the speed limit with his phone out capturing all the action.

What is it about people? Why do they always want to freak themselves out.  Why is it that stupidity is the new thrill…