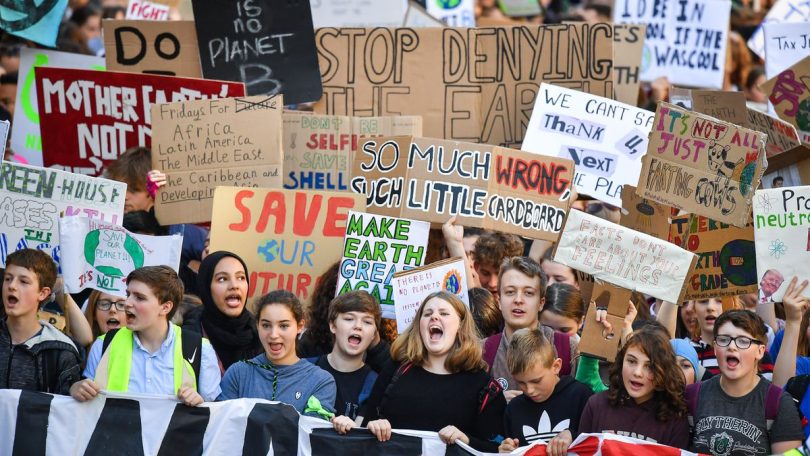 On the backs & in the hearts of young people

On January 20, 2021 a young black woman stood up before the eyes of the world and read a magnificent poem for the inauguration of President Joe Biden and Vice President Kamela Harris.

In itself this was refreshing. But there were several features not to be overlooked. First this young woman read a beautiful and moving poem, second she was a woman, third she was African American, and finally, and I think the most important point is that she was young. Barely able to vote, being 22 years of age.

Amanda Gorman, along with others, is reinventing the culture.  She, along with others such as Greta Thunberg, a ferocious Climate Activist, have realized that this world belongs to them and that their privilege is not less than anyone else’s and for that reason they are taking the reins and marching forward.

We as a culture have long lived the lie that what happened yesterday is what should happen today and should not change very much into the future. We await a docket full of old white men to tell us what, where, and how to proceed.

Luckily for all of us that time is passing.

Young people, many of color and undecided gender, are flexing the muscles that we as educators have given them. They are supporting policies that call for understanding, equality and acceptance. They are speaking out now because it is their future that we hold, and they must have a hand in developing that future.

Amanda Gorman is not the first African American poet to deliver the inaugural poem, the first was Maya Angelou. The difference is that Dr. Angelou was a literary star and a woman with a long career behind her. Ms. Gorman is just beginning hers.

To gauge the enormity of this shift in culture, think back a moment and remember other poets who also delivered the Presidential poem. Before Dr. Angelou there was Robert Frost. Certainly a brilliant poet, but he was an old white man. The fact that he spoke a poem was wonderful, but it was a very conservative poem, reflecting on the past. (Robert Frost read at the inauguration of President John Kennedy.) It is easy to see the difference in Robert Frost, Maya Angelou and Amanda Gorman.

We have changed, and much of it is for the better. We are realizing the great wisdom we can produce by being inclusive. By hearing differing opinions from all people young and old, a rainbow of color, and a new self determination to improve all our lives.

Greta Thunberg is up for a nomination for the Nobel Peace Prize. She as a young woman felt that those of us in power no longer had the right to dictate just and unjustifiable energy and climate laws. She understood that our adherence to the old ways, the fossil fuel ways, those wasteful environmental ways, was damaging this planet almost beyond repair. She started a campaign that reached around the world bringing awareness and education to millions.

Countless young and concerned people paid attention because she was not a government wanker, but rather a young devoted teenager. Many of us wondered “how could so young a woman bring this global consciousness to the fore?”.  She could because she believed in what others believed and had no doubt about the importance of uniting all of us in a common global cause.

None of this was, or is easy stuff. There has been pushback on almost every issue we face. Those who are entrenched for their own profit and prestige hang on for their dear lives. They will be turned back. We are seeing the dawning of a new culture that will soon overtake our old stale one, and create a world these young people want to live in… I for one hope to be around long enough to see it.

As another Nobel Laureate wrote….”get out of the way if you can’t understand, the times they are a’changing” (Bob Dylan). Listen in, in case you’ve forgotten…