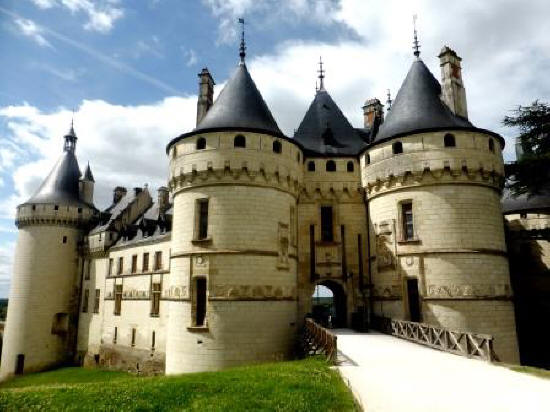 France at it most Medieval

A visit to this region of France, a short drive from Paris, will make you feel as though you’ve stepped back in time. During the Middle Ages, royal families came here to build magnificent chateaus, around which sprang beautiful cities and little towns.

The castles are the most popular attractions, but the Loire Valley is also home to 8 of the ‘Les Beaux Villages de France’ – the most beautiful villages in France — this designation essentially means they have retained their medieval heritage. In fact, the entire region is one big Unesco World Heritage Site.

Historical figures have roamed this area from the 11th century — Henry II and his son Richard the Lionheart, Joan of Arc, and Leonardo da Vinci to name a few. It’s also served as a source of inspiration for writers. Rabelais and Balzac used the region as a setting for their works.

The Loire Valley also has its local delicacies. There’s andouillette sausage cooked in Vouvray wine, truffiat (a pastry filled with potatoes and cheese), and turnovers, called fouaces, stuffed with different fillings, such as pate’s or goat’s cheese. By the way, goat cheese is very popular here, including Crottin de Chavignol, Sainte Maure de Touraine, and Valençay.

The Loire Valley is also known for outstanding wines. It’s France’s third largest wine producer, and has an official wine route that runs about 800 kilometres from Nantes to Sancerre.

You can easily spend a week here and not fully explore all the region has to offer. We’ve outlined three driving tours that cover the most important destinations, and combined will give you a pretty good feel for things.

Tours was selected as the home base because the city is worth some time, and because it’s centrally located in the Valley. The maps below lays out each itinerary, and that’s followed by pictures of each town. We didn’t provide a lot of words — the photos speak for themselves. Suffice it to say that each has it’s share of cobble-stoned streets and alleys, quaint houses, charming shops, and a good mix of cafe’s and restaurants. If the pictures don’t do it for you, we provide links to other websites where you can get more information.

As with all of our travel articles, we recommend that before you arrive in country, you load each town in your GPS, scout out parking lots and restaurants near the areas you want to explore, and print out this itinerary so you have a hard copy to take with you.​

While you might not fall in love with every destination, there’s likely to be a few that will make the trip worthwhile.

We recommend you mix in a day or so visiting wineries. The map below shows the route through the different wine regions in the valley.

Looks complicated, I know. But there are lots of websites for Loire Valley wineries that will help simplify the experience. You can start with https://www.experienceloire.com/ and https://www.winerist.com/magazine/wine/our-top-9-loire-valley-wineries

You should also leave room to visit a castle or two — the Loire Valley is packed with France’s most famous and magnificent chateaus. In fact, many travel to this region just for it’s castles. There’s the Château de Chinon, where Henry II, father of future English kings Richard the Lionheart and John, died (Henry the II was immortalized in the movie, “The Lion in Winter”), and where the Knights Templar were imprisoned as they awaited their death sentences. There’s the Chateau de Blois, where Joan of Arc was blessed before going out to defeat the English at Orleans.

The map below depicts some of the more important ones, all within a relatively short drive of Tours.

And just give you an idea of what you’re in for, take a look at the photos below.


For more information on Loire Valley Chateau’s, go to francethisway.com and experienceloire.com/