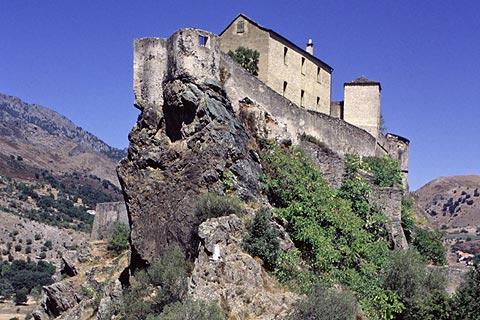 As we said about Brittany, there’s more to France than Paris and the Riviera. Along those lines, here’s another destination — Corsica, the birthplace of Napoleon. A trip here will definitely expand your France perspective. And you’ll stand out for having made the visit, because you’ll probably be one of a few people you know who has done so. So you have that going for you. 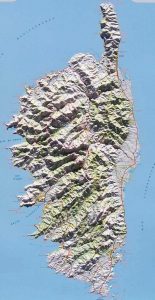 Tourism is the driving force behind the island’s economy, but don’t worry about the crowds. Corsica only has about 2 million tourists per year. And most of these are from France and the European mainland, so you won’t be running into a lot of Americans.

There are two issues about visiting Corsica — getting there and spending money. For the former, your choices are ferry or connecting flight. I hate both of these but boats are better than connecting flights in my book. If you tie your visit with a trip to Sardinia, the ferry takes only about an hour. (Of course, you still have a connecting flight to Sardinia, so that doesn’t really solve the problem.) Irrespective of that, if you’re at the French Riviera, the ferry is about 4 hours from Nice — almost tolerable. Regarding money, we’ve heard that a number of facilities want you to pay with cash rather than cards. While we didn’t run into such problems, better to bring a bunch of euros than to be penniless.

Corsica’s has a cuisine all it’s own. Well, not entirely — it’s actually a blend of French and Italian, but the combination does result in unique flavors. The island also produces wines and liqueurs, but probably none you’ve heard of, and so again, an opportunity to expand your horizons. They’re also big on arts and crafts. In many villages, particularly in the Balagne region, you can watch artisans making knives, jewelry, and pottery.