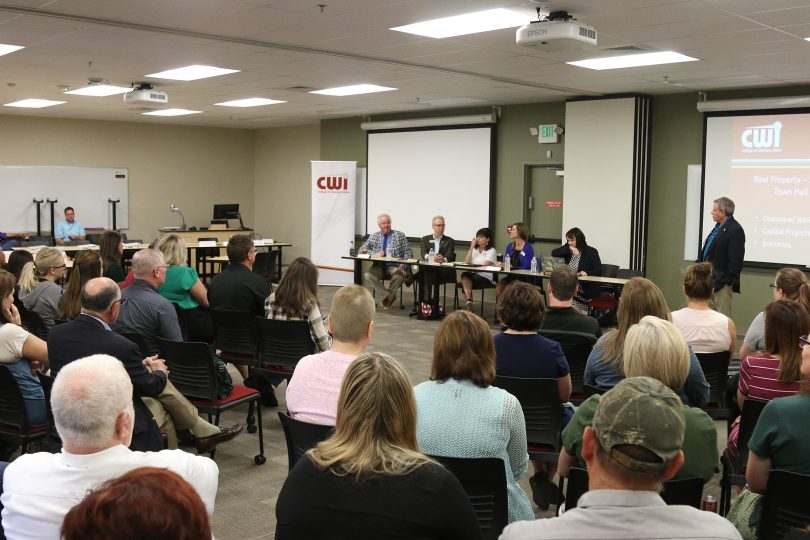 First the headline that makes one dot. The conservative Fifth Circuit Court of Appeals in New Orleans sided with a Texas law (HB20) that prohibits major Social Media platforms from blocking speech on their platforms.

But buried in the 113-page opinion is language that muddles the decision.  The conclusion says “This is a difficult case. The Supreme Court will, as always, have the final word.”  I’m told that private enterprise eventually will have the ability to filter speech BUT the government can’t be in that business, according to the First Amendment. “Balance and fairness certainly would be preferable, but the First Amendment does not require it,” the Fifth Circuit opinion concludes.

Here’s another dot.  It will be difficult to take on private industry and the First Amendment, but the Conservative and Christian Rights movements in America will try.  For example, in May, the Eleventh Circuit Court struck down a Florida law that sought to prohibit Social Media platforms from censoring certain speech. It said the law itself violated the First Amendment by restricting the social media platforms’ right to censor and moderate as the platforms saw fit.

More dots. Moderating the Internet has proven difficult at best. A lot of arguments go back to 2017 when the U.S. Supreme Court unanimously said North Carolina couldn’t prohibit a sex offender from accessing Social Media websites. The ruling involves Lester Packingham who was convicted of attacking a 13-year-old when he was a 21-year-old college student.  Eventually he went on Facebook and thanked God for the dismissal of a traffic ticket.  North Carolina protested.

In the SCOTUS opinion, Justice Anthony Kennedy said cyberspace was a traditional public forum and any law that barred many legitimate uses of websites threatened free speech. Kennedy concluded that the North Carolina law was a “complete bar to the exercise of First Amendment rights on websites integral to the fabric of our modern society and culture.”

Before you shout in disagreement, remember there was a time when governments and private enterprise in America could prohibit upstanding citizens like me from buying a home where I wanted or, even, keep me from walking down the street to look for For Sale signs while shopping for that home, especially after sundown.

The issue is where the line falls. Ten years ago, The Atlantic Magazine suggested in an article it was time to move on from the Oliver Wendell Holmes argument that free speech stops at yelling fire in a crowded theatre. That was in 1919, more than 100 years ago! People today are yelling fire in crowded Social Media theatres minute by minute. It could be argued the Social Media industry encourages such yelling to attract the eyeballs they sell to advertisers.

I’m in the camp that believes private enterprise sites in Social Media have the right to filter what’s posted in their community square. Newspapers do that. Broadcasters were required to present both sides of an argument before the Reagan Administration threw that out in 1987 and opened that industry to the wild kingdom of opinions we currently endure.

However, the First Amendment said government – or Congress – can’t pass laws “abridging the freedom of speech, or of the press; or the right of the people peaceably to assemble.’ We must honor that standard if cyberspace is the 21st Century town square. I find it difficult to turn the town hall platform over to fascists, religious zealots and theocrats, and deviants of all stripes.  But that’s the price we pay for allowing everyone to buy and walk where they please.

I’m also of the opinion that I don’t have to visit sites, communities or town halls that allow such speech. So, get out your rulers to connect the dots appearing in this argument. Even Texas and Florida can’t control where my eyeballs go.