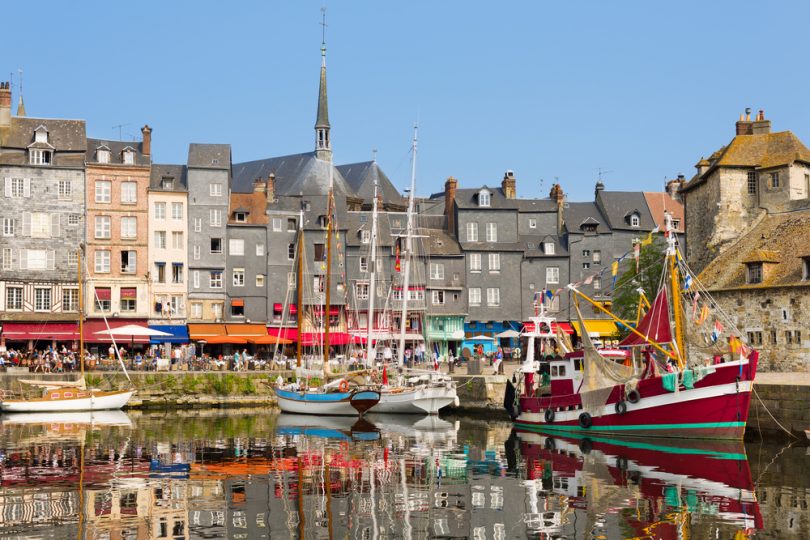 Touring the Medieval towns and villages west of Rouen.

In case you skipped Part 1, here’s a quick synopsis about Normandy — first settle in the 4th century b.c., Vikings in the 9th century, famous for William the Conqueror, Joan of Arc, Monet, and  WWII landing beaches, looks a lot like England.

This tour in the Eure Department of Upper (Haute) Normandy focuses on the area mostly west of Rouen, which, as discussed in Part 1 (you really should read Part 1 first), uses Rouen as the starting point. There are 5 towns, including Rouen, in this itinerary, with a total round-trip drive of 127 miles, which should be easily manageable in a not-too-stressful touring day.

Still, as I mentioned in the previous article (that would be Part 1), some of these towns are very small and only require a drive through while for some you might decide to spend more time. You’re not really on the clock, but you might be just a tad if you want to see everything, and you probably don’t want to miss Honfleur, the last one on your journey.​