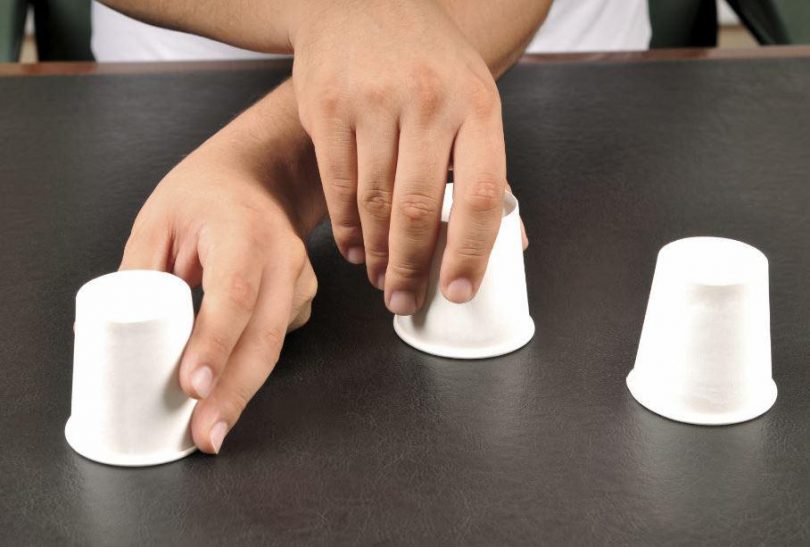 Some of America’s most ingenious swindlers.

Con men have been around forever. They’re so pervasive that powerthesaurus.org lists 150 synonyms for this particular type of criminal. That’s revealing, especially when you consider that Eskimos only have about 50 words for snow. There’s also lots of words for this type of crime — a con, a scam, a grift, a hustle, a bunko (or bunco), a swindle, a flimflam, a gaffle, and a bamboozle, to name a few.

Americans love a good con man. Take a look at how many have been featured in movies and books, and good ones at that — “The Wolf of Wall Street”, “The Wizard of Lies”, “Catch Me If You Can”, “American Hustle”, again, to name a few. And pretty often we’re rooting for the criminal.

What’s the fascination? Maybe it’s because the average citizen isn’t the victim of the big scam. Con artists want their marks to be wealthy so they can maximize their return. Or maybe it’s because  we feel pretty good about ourselves when we learn how their victims were swindled — we would never be that stupid, would we? Unfortunately, that’s not true for me — when I was in my early twenties, in graduate school and broke, I lost 20 bucks I really didn’t have on Three Card Monte. I chalked that up to being young, stupid, and desperate; now I lose money in more legitimate and rational ways, at the casino.

Anyway, on the following pages are some of the most notorious and nervy individuals in the business. We skipped the big guys, like Madoff and Ponzie, and instead went for creative. We really should despise these folks, but at the same time we have to question the character of their victims. They were looking to beat the system and get rich quick, and that’s why they got screwed.

Well, as they say, a fool and his money were lucky enough to get together in the first place.

Doctor Brinkley made his money by convincing men to undergo surgery to restore their virility — he implanted goat testicles into their bodies. As ridiculous as that sounds, quite a few believed him. Brinkley was performing up to 50 surgeries a week at a price of $750 per, and that’s in 1920’s dollars. Because impotency has a psychological component, some patients experienced a placebo effect and so thought they were cured, giving the doctor some credibility. Brinkley was eventually exposed as a quack and died penniless. 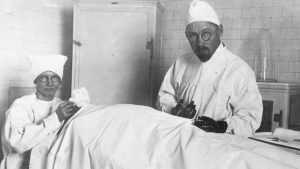 Joseph Weil, the “Yellow Kid”, used countless identities to separate marks from their money, possibly as much as $8 million from the 1890s to the 1940s. Weil posed as a stockbroker, banker, physician, mining engineer, chemist, geologist, and land developer. One time he played Dr. Henri Reuel, an oil company executive who got people to invest in energy; another time he was a land developer, selling land he didn’t own. His scams could be highly creative, including the bookie set-up that was depicted in The Sting. Weil felt his victims got what they deserved — they “all wanted something for nothing.” He believed that “you can’t cheat an honest man,” and those whom he cheated weren’t that. 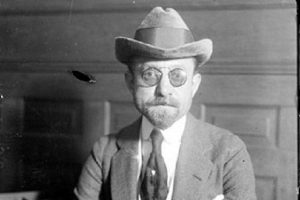 Frank was depicted in the movie, Catch Me If You Can, and ran his schemes for about 6 years beginning at the age of 15. He specialized as an impostor, assuming at least 8 identities, including airline pilot, physician, lawyer, a Bureau of Prisons agent, pulling all of this off as a teenager. He eventually was caught and served 5 years, but then turned things around. He now runs Abagnale and Associates, a consulting firm specializing in fraud, and works as a consultant for the FBI, helping to find the people who do what he did. 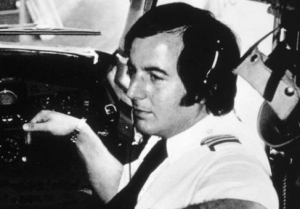 Here’s my favorite, the guy who successfully sold the Brooklyn Bridge — twice. He also sold Madison Square Garden and the Statue of Liberty, and he impersonated the grandson of Ulysses Grant so he could sell the president’s tomb — that one didn’t work. As the idea behind the bridge sale, the buyer was told he could collect tolls. Police had to remove his victims from the bridge when they tried to put up toll booths.

Soapy ran a number of scams during the 1870’s – 80’s, but his most famous was the prize package soap sell, from which he earned his sobriquet. He would set up his display case on a busy street, selling bars of soap. As crowds gathered, he offered a prize to buyers — bars of soap would be wrapped in bills ranging from one dollar to one hundred dollars. Each bar was then wrapped again in plain paper to hide the money, and mixed in with other bars that had no money. Bars were then sold for a dollar apiece.

A shill would buy a bar and show the money he won, to get people buying. As the sale went on, Soapy would tell the crowd that the hundred dollar bill was still available, and then he would auction the remaining bars to the highest bidders. Of course, none of the bars he sold had any money. Soapy was eventually shot to death in Juneau, Alaska, after a card game swindle gone bad. 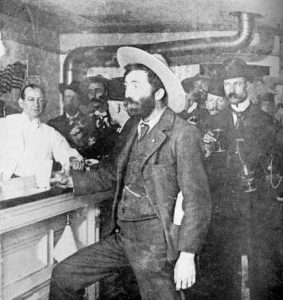 Gaston Means plied his trade in the 1920 and 30’s and was at times a detective, a forger, a bootlegger, and a blackmailer.

For one of his swindles, Gaston exploited his reputation for being connected and in the know by writing a book that became a bestseller, “The Strange Death of President Harding (1930). He insinuated that Harding was murdered by his wife, ostensibly because of his extramarital affairs. However, the book was eventually found out to be nonsense. Gaston then gleefully repudiated the book, but not before collecting the royalties.

For another, he convinced a few individuals to pay him $100 per day to uncover subversive Soviet agents. Means dragged out his “investigation” of two supposed spies for three years. Periodically he told his clients he was close to exposing these agents, and would soon capture them and about 35 trunks and suitcases of secret information. At one point he reported that he had the documents in his possession but the Russians stole them back again. To end the scam, he reported that one of the agents was murdered by the other, and all the documents were destroyed. Apparently this nonsense was believed, because a warrant was issued for the arrest of the murderer.

His best work was tied to the Lindbergh kidnapping. A Washington socialite asked Means if he could serve as a go-between with the kidnappers. Means agreed and asked for $100,000 to pass on to the kidnappers. Means took the money and disappeared, but his assistant kept the mark apprised of Means’s progress. Means then asked for an additional $4,000, which he received, and then showed up with one of the “kidnappers”, and asked for another $35,000. This time the benefactor refused and demanded all the money back. Means said he would go get it but never returned. He then claimed he passed the money to the mark through her messenger but the messenger stole it, but no one was falling for this. He was found guilty and sentenced to 15 years, dying in prison in 1938. 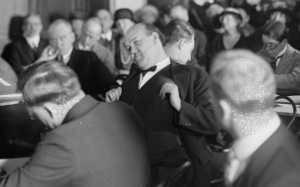 Reed worked in the 1880’s-90’s and is credited with inventing the gold brick swindle (from which the term “goldbricker” originated). He was estimated to have made about quarter of a million dollars, about $4 million in today’s money.

This is a classic con — the mark is offered an opportunity to buy a brick made of solid gold, with the seller, a prospector, claiming he is desperate for money and has to get rid of it cheap and fast. The brick had official markings and actually had some gold in it, but the bulk was lead with triple gold plating. The buyer was taken to an assayer, an accomplice of Waddell’s, who certified that the brick was authentic — he would chip off a corner where the real gold was. These bricks were sold for between $3,500 and $7,000 a piece. He died in Paris in 1895, being shot by his partner Tom O’Brien, another con artist. 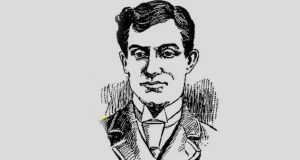 Arnold ran a diamond mine scam that netted him more than half a million dollars in 1872. He and his cousin John Slack purchased industrial-grade diamonds, and took them to businessmen in San Francisco, claiming they came from an undiscovered deposit. The businessmen were hooked, and offered to buy out Arnold, giving him $50,000 as a down payment. Phil and John used $20,000 to buy more uncut stones — some were shown to the investors, and some were planted at the phony mine. As luck would have it, these stones were mistakenly over-valued by Tiffany’s, leading the investors to cough up another $100,000. Arnold went and bought $8,000 more uncut gems.

The investors were taken to the mine and told to begin digging. As they kept uncovering gems, they decided to buy out Arnold’s remaining rights to the mine for $450,000. The hoax wasn’t uncovered until later on in the year, but by that time Arnold and Slack were gone. Arnold was eventually tracked down and indicted for fraud, but the whole thing was covered up because the investors, all prominent businessman, didn’t want the publicity. He didn’t get off completely — he settled out of court and gave back some of the money — $150,000, but was able to keep the rest. Not a bad year’s salary in 1872. 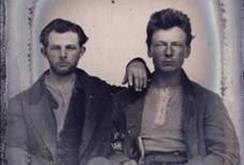