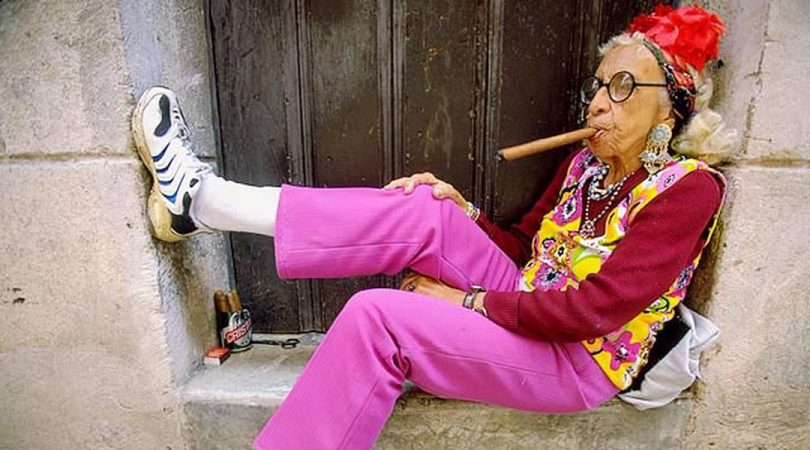 They’re not just for gentlemen…and never were.

First, some facts and historical notes…

In the tenth century a bored and desperate Mayan grabbed a handful of brown leaves, wrapped the entire bundle in a plantain leaf, lit the thing on fire and puffed it till he fell down…thus the cigar was born.

Many scholars still believe the Mayan word ‘Sikar’ meaning to smoke, is the origin of the word cigar. Early tobacco originally came from South and Central America and smaller amounts from Africa. It was the notorious explorer C. Columbus who is credited with bringing tobacco to Europe. (Like most of his other claims it was three of his sailors, but Columbus happily took credit.)

The first factory for the production of tobacco was built in Cuba in 1542.

Another gent who popularized the weed was the French ambassador Jean Nicot, from whose name we get ‘nicotine’.

A single large cigar can contain as much tobacco as a pack of cigarettes.  Cigars can contain up to 70 times as much nicotine as cigarettes. Burning a cigar emits up to 25 times the amount of carbon monoxide than the emission of just one cigarette.  Got it?

OK…  now that we have that out of the way, let’s talk good cigars.

It is widely believed that the Cuban cigar is the best in the world. But lately many cigars from Nicaragua, Honduras, Jamaica and a few from Africa are beginning to rival the Cubans. And our own state of Connecticut grows excellent cigar wrappers…

After the great cigar boom of the 1990’s things have quieted down and many of the novelty brands are gone, along with most of the novelty smokers, leaving quality and quantity at safe levels once again…

​Size does matter when it comes to cigars.  Length and width will determine the time the cigar will burn, and to some extent the taste. (You can go to many sources for length and ring size, Cigar Aficionado Magazine is a standard.)

Over the years the cigar has taken its place in the cultural lexicon with “gone the way of the 5 cent cigar” , “close but no cigar” and the iconic photograph of the great George Burns cigar in hand. 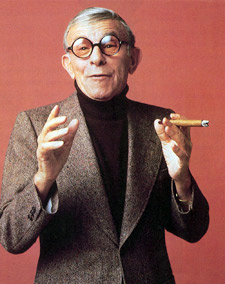 British Prime Minister Winston Churchill smoked cigars every day of his adult life and demanded they be made to his personal dimensions. Today we have named a cigar size after the noble Brit…called, obviously, a Churchill. The Churchill is usually about 7″ long with a ring size of about 48. It smokes for close to ninety minutes. Rumor has it Churchill smoked 10 of these on particularly nervous days!  (By the way, the old geezer lived to be 90).

There have been politicians, movie stars, athletes and bad guys, all of whom smoked cigars….so I suggest we stay away from the masses and delve into the cigar smoking habits of the fairer sex. That’s right — “dolls and stogies”. 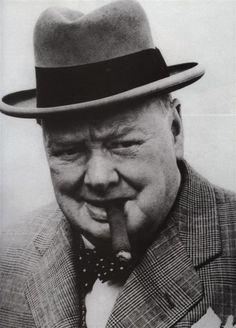 Cigar smoking among women was pretty well-ingrained in the 18th century:

“These gentlemen gave us some seegars…these are leaves of tobacco rolled up in such a manner that they serve both for a pipe and for tobacco itself. These the ladies, as well as gentlemen, are very fond of smoking.”

Women have been part of growing and preparing food and herbs since the beginning of time. They were integral in the planting and smoking of tobacco from as far back as anyone cares to remember. “Angela”, a print done in the 1830’s, shows a young woman enjoying a ‘stick’. 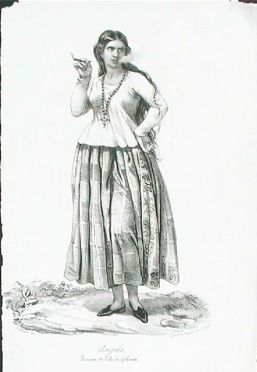 Many famous women, among them author George Sand, enjoyed a lazy afternoon away from her work with a good cigar.

“A cigar numbs sorrows and fills the
solitary hours with a million gracious
images.”

Women from the Caribbean seem to have the feminine cigar market cornered. But here in the US, at last count the women smokers were fully 2% of cigar smokers. Doesn’t seem like much until you do the math and realize that’s about 3.2 million female cigar smokers… 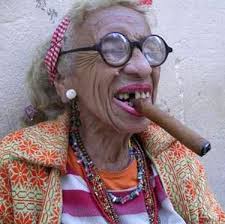 Of course, it’s still shocking to some men who can’t seem to handle anything they don’t already know and understand, such as what happened in the City of Brotherly Love. Author and editor Colleen Mogil, 31, of Philadelphia’s Main Line, said she once caused a car crash by smoking a cigar:

“I was driving home, cigar in hand. I stopped at a light and noticed a man in the next lane staring at me with a look that said, ‘Is that lady smoking a cigar, or am I seeing things?’ As he tried to figure it out, he drove right into the car in front of him.”

Good Luck to him.

As we grow as a culture and accept each other for who we are, more and more women will be trying things that used to be thought of as ‘men’s business”, and that is a good thing.

Equal rights, equal pay, and good cigars for everyone!

For all kinds of information on cigars, go to famous-smoke.com