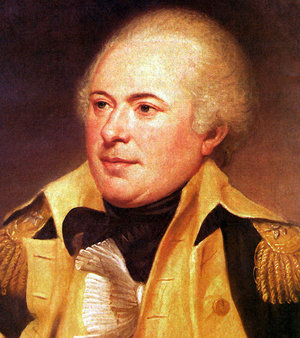 A few unsavory characters in our early history.

But what about those who held important posts inside our government or in the private sector? These characters were much more dangerous — their deeds were often subtle and unknown to us, but had potentially calamitous results. Most importantly, they tended to get away with it. Few ever had to defend themselves in court, and those who did, received little by way of punishment. The truth is some didn’t even break the law, but just disregarded the interests of the country and its citizens, and that’s a scoundrel-ly way to behave.

To get on this list, a person had to do something that was potentially damaging to the entire nation. Treason is an obvious qualifier, but not all treasonous acts are legally treason. According to Article III, Section 3 of the U.S. Constitution, treason requires that you work with a foreign country during wartime. So, while only one on this list met that criterion, the others tried to do things that were just as harmful to the country, sometimes in collusion with foreign governments, but in the absence of a declared war.

Here’s a few of these characters from the 18th and 19th centuries. Some were successful in achieving their goals while others were not, but it doesn’t matter if they failed — we can still blame them for trying.