If you want Great Art, and Great Value Potential… buy a Comic Book!

We all have heard the stories about how your mother threw out your baseball cards that would have been worth millions today. Get over it. There is something you can do right now, and that is get into comic books.

These books, which used to sell for a dime and were drawn by anyone that could, have become art. Many of them are beautiful and quite valuable as well.

As a film maker, I read them for creative ideas on delivering content. The angles, colors and movement of the story forward are great incentives for making a fast paced visually interesting film.

​Lately, the major studios like Marvel and DC have been sharing the wealth with smaller Indies. Black Mask and Image are two of the better ones. Superman was first seen in 1938 in volume 1 of Action Comics, shown to the right, and then again in 1939 in Superman Comic to the left. In his own comic book, Superman is selling for about  $3.2 million on ebay. 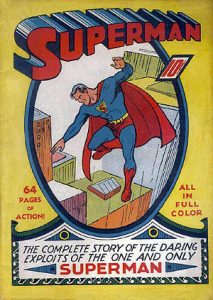 If you’re thinking about starting a collection, you can forget the old Archie and Popeye series (they are actually both available). The newer issues are written and inked by younger writers and artists, and they are heavily political and feminist in nature. The larger volumes are now called Graphic Novels.

​I recommend the series CALEXIT and the graphic novel, PREACHER, which was much better than the film series released a few years ago. 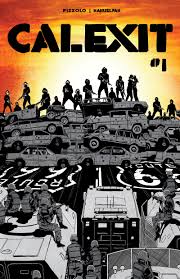 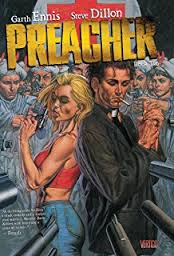 As for value, like anything else, when the demand exceeds the supply you get dollars moving quickly upward. Many of these books are now worth hundreds and even thousands of dollars, and if you are lucky enough to get volume 1 and the series takes off…well the sky really is the limit.

Make sure that the people living in your household know the potential value of your investment and to keep their hands off your ever growing art fortune.