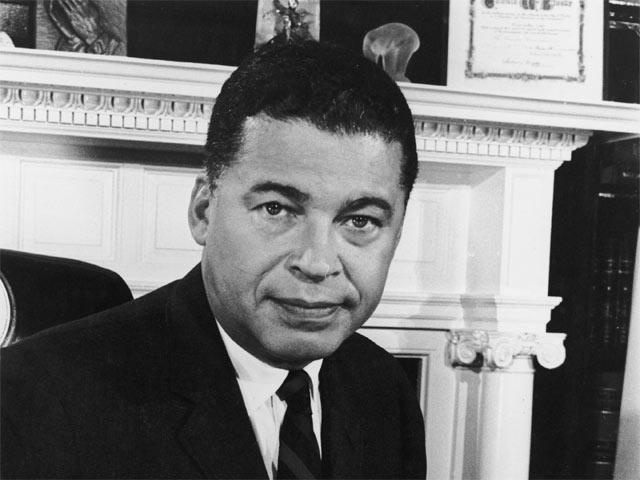 When we look at American politics right now we see polarized, stagnated anger. But there was a time when that wasn’t the case. There were people with different views on the way the country should be run but they were able to work without stagnation and anger.

Edward William Brooke, a Republican from Massachusetts, an overwhelmingly Democratic state, was the first African American popularly elected to the U.S., where he served two terms from 1967 to 1979. Brooke established a reputation as a soft-spoken moderate on civil rights and a leader of the progressive wing of his party. In 1972, he was overwhelmingly reelected. In 1978, however, beset by personal problems including accusations of financial misdeeds and a divorce, Brooke lost his bid for a third term. In 2008 journalist Barbara Walters revealed that she and Brooke had engaged in an affair for several years prior to his divorce.

In the Senate, Brooke aligned with the moderate faction in the Republican party. He co-wrote the Civil Rights Act of 1968, which prohibits housing discrimination. Brooke became a prominent critic of President Richard Nixon and was the first Senate Republican to call for Nixon’s resignation in light of the Watergate scandal. Brooke won re-election in 1972, but he was defeated by Democrat Paul Tsongas in 1978.

It’s hard to imagine Edward Brooke surviving in the current Republican Party. His commitment to political excellence would set him head and shoulders above the cult of personality in the modern Republican Party.