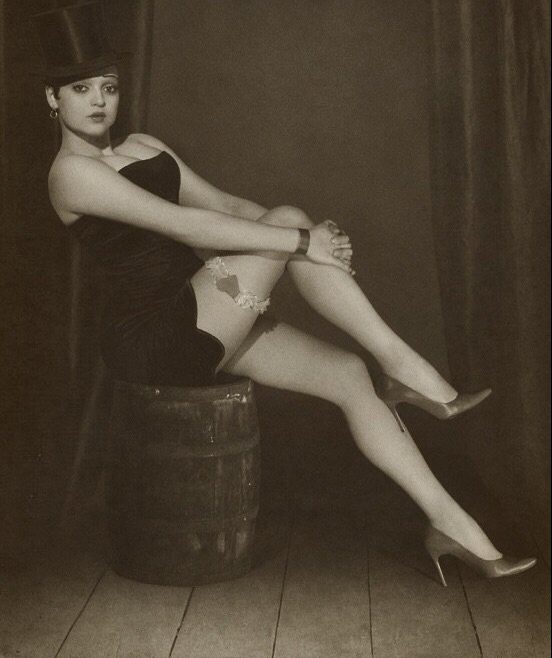 The inspiration for an American Icon

There’s a curious story that won’t go away on the Internet. It involves Esther Lee Jones, aka Baby Esther, who is said to be the prototype for the animated character Betty Boop of “boop-boop-a-doop” fame. And, yes, “boop-boop-a-doop” is trademarked.

Jones performed regularly at the Cotton Club in Harlem in the late 1920s and early 1930s using a child’s high-pitched voice and the “boop-boop-a-doop” scatting style. But when Betty Boop appeared in theater animations, another performer, Helen Sugar Kane sued, saying Betty Boop was copied from her similar child-like performances. Maybe it’s a coincidence that Jones was black and Kane was white? The object of Kane’s legal charge was Max Fleischer and Fleischer Studios who created the Betty Boop cartoons.

In court, however, theatrical manager Lou Boulton testified during the Kane v. Fleischer trial that Helen Kane saw Baby Esther’s cabaret act in 1928 with him and appropriated Jones’ style of singing, changing the interpolated words “boo-boo-boo” and “doo-doo-doo” to “boop-boop-a-doop” in a recording of “I Wanna Be Loved By You.” Kane never publicly admitted this. After a two-year legal struggle, however, Max Fleischer located a sound film made in 1928 of Jones performing, which was introduced as evidence. Supreme Court Judge Edward J. McGoldrick eventually ruled in Jones’ favor.

Baby Esther was a child entertainer who lived in Chicago, Illinois and was managed by her mother Gertrude Jones and her father William Jones. She started performing at the age of four. Esther was a trained scat singer, dancer and acrobat who used to perform regularly at nightclubs in Harlem and all over the United States in the early 1920s. She eventually performed with Cab Calloway in his New York City club.

Baby Esther’s career began in the early 1920s when she won first prize in a Charleston contest in Chicago. Esther lived in the obscure “colored” part of Chicago with her mother and father. Russian-American theatrical manager Lou Bolton saw her performance and got her engagements in Chicago, New York, Detroit, Toronto and other cities, after which he brought her to Europe. In her act Baby Esther would dance, make funny faces, roll her eyes and scat phrases. Helen Kane first saw Esther perform in 1928, where she had a ringside seat with Tony Shayne (booking agent for both Kane and Jones) at the Everglades Club on Broadway. According to Lou Bolton, Esther debuted her “Boops” after that.

Once the court ruled in favor of Jones, Paramount Studios developed an animation with a dark-skinned Betty Boop performing in a grass skirt on a circus stage with Popeye the Sailor in the cartoon. It was eventually banned because of a game in the background of the animation that reflected another actual game circulating in circuses called “Hit the Nigger Baby,” a game much like “Whack a’Mole” today. You have to consider the time in American history!

Jones is now spoken of mostly in the context of her contributions to Betty Boop’s vocal style. Jazz studies scholar Robert O’Meally has referred to Jones as Betty Boop’s “black grandmother.” It’s unclear how Jones died. She’s said to have disappeared and was declared dead in absentia in 1934.