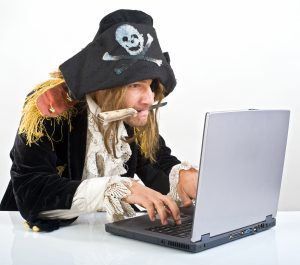 Do not die until you read this.

The world has changed, is changing, and will continue to change for a good long time. These changes are neither good nor bad. They simply “are”, we all have very little choice.

One of the major changes has been the desecration of facts. What was once a commonly understood set of beliefs, is now no longer that. Rather, the individual can state as fact whatever he/she/other feel to be their personal truth. Science is to be sneered at, intelligence to be castigated, and the idea of an intellectual being important to the society is gone.

No, we are not talking about Chairman Mao and his Cultural Revolution, we are talking simply about America in 2022.

In painting this picture, we must also include the Legal System. We could mention a myriad of laws designed to cause one group to exert any influence possible to maintain its power, its wealth, and its position in society, but why bother?

We all know that…why not go go straight away and fix what is broken. The truth is whether or not you choose to believe in a particular fact, let me tell you something, brother/sister/other — IT IS!

But on a lighter side, please don’t die until you read this. The business of dying is a costly one — in moments of grieving, in moments of reflecting, and, unfortunately, in dollars spent.

Above and beyond anything else, dying is big business, and now with the internet it has grown exponentially. One of the fastest growing and ugliest aspects is the pirating of death articles, i.e., the personal obituary. There are actually companies who will read an obit, make the changes they see fit without consulting a family member or guardian, and pirate this copy to various news sources.

Why?  What else but for a hefty profit and a bucket full of greenbacks. Say it ain’t so…but again, IT IS!

Over the past 20 years Funeral Directors across the country have complained about “Obituary Pirates”. But the competition has grown and intensified during the course of the ongoing pandemic.

This past July,  Service Corporation International, owner of over 1500 funeral parlors, sued the company, Echovita, alleging that the Quebec corp. stole obits from their website and republished parts of them. This they claim is “mining people’s personal data at the lowest point in their lives.”

It sounds comical, but actually is quite serious. In terms of ‘outing’ certain people with a slew of incorrect and often inflammatory “facts”, that have no relationship to the truth, this stuff is just plain lousy.

For family members who now think that perhaps the deceased had some kind of secret life, and they are bummed they didn’t get in on in this sooner.

Of course Echovita says, “no, we are not pirates. We are taking the moral high ground. These obits as information should not only be in the hands of family or funeral directors but rather free to the public. (Why you may ask, and answer, who cares!)

Echovita’s director, Pascal Leclerc, has had this problem before. In 2019, when he ran a website, Afterlife, he was ordered to pay 20 million dollars in damages in a class action suit.

To make things even crazier, since Echovita does not copy an obit word for word, they skirt copyright laws as well. Just think, when your BFF dies, you have to remember to copywrite their obit.

Can this world get any crazier. I sure hope so…some of this stuff is so outrageous it keeps me from watching my daily soap operas, where Harry has asked Madeleine to marry her 98 year old mother….

But I digress. I have just penned an excellent obit for myself which I am sending 6 copies of to each of the following — Enquirer Magazine, Facebook and the Republican National Party. They will all keep them safe and certainly would never think to distort facts or change one word…