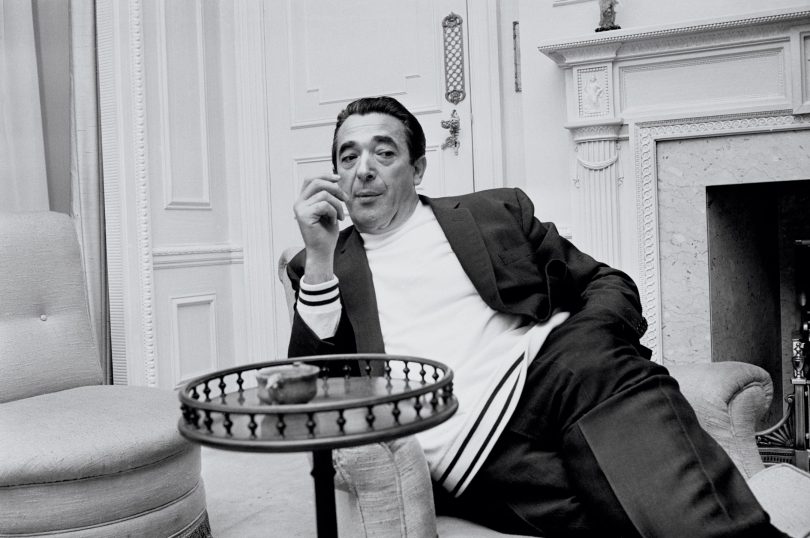 Most of us, unfortunately, are familiar with the horribly disturbing case of billionaire Jeff Epstein, the company he kept and the multitude of young women he abused. This story is not about him. We remember the woman who, while working for him (sometimes as his escort), committed countless crimes in her own right. Her name was Ghislaine Maxwell. This story is not about her either.

But it is about her infamous father, a scoundrel in his own right, Robert Maxwell.

Maxwell, born Jan Hoch in Eastern Europe some ninety seven years ago, began his life of scamming, cheating and bypassing the law at the very early age of six. He was Jan Hoch, then became Private Leslie Jones, then Lance Corporal Leslie Smith, Sargent Ivan du Maurier and finally Captain Stone.  But the mischief and madness did not stop there. He was by turns, a desperate refugee, a brave soldier, a fairly successful entrepreneur, a member of Parliament, a newspaper owner, and all through his life a grand swindler and egoist.

His arrival in New York City in 1991 marked still yet another choreographed and extravagant entrance; this time cruising into New York Harbor on his private yacht the Ghislaine, named for his youngest daughter. (Now equally infamous.)

Ghislaine, who began life as his youngest and most neglected daughter, had in time become his traveling companion and help mate.

The reason behind this greatest of all his triumphs was that Mr. Robert Maxwell was here to purchase the legendary New York daily newspaper, the New York Daily News. He somehow pulled that off, amid fanfare from backers and total disdain from the working public.

Taking a small step back, Maxwell was born into a working class family, loved dearly by his mother, and beaten severely by his father. His father was known as “Michael the Tall” because of his enormous size and power. (Somewhere around six foot six inches). The story is often told that Maxwell had a lust for luxury after growing up in poverty, and that his cruelty to others came from the cruelty he suffered as a child at the hands of Michael The Tall. The town of his birth, Solotvino, was one of the places in eastern Europe that changes hands every few decades, being a part of Czechoslovakia, Hungary, and of course The Soviet Union. This helped him acquire the linguistic skills that were to be a great part of his later life.

By 1939, when all hell was breaking loose in Europe, the family scattered. Three of his younger siblings, his mother, father and grandfather were all murdered in Auschwitz, while rumor has it Maxwell walked to Budapest, was jailed, overcame his jailers and finally escaped to the West. He is next seen as a French soldier turning up in Liverpool, England where his dalliance with a woman shopkeeper refines his English. He later claims that was not the case as he had already spoken perfect English from listening to the political speeches of Winston Churchill.

Again, no one knows for sure.

As now, ‘Captain Maxwell’, he ends up in Berlin, gets into the newspaper business and makes his first small fortune. He then goes on to sign enormous business deals with former Nazis having nothing but profit on his mind, and easily forgetting what they had done to his family. His career flourishes. By 1964 he is a member of Parliament, wealthy again, before he would lose it all. At his lowest financial point, still there were 44 banks lined up to extend him a large line of credit. The con man’s con man once again.

He somehow manages to invite himself to a luncheon with President George Bush, and there in loud voice expound on his political world views, much to the chagrin of the President.

(Later the President asked aides, “who was that guy!”)

Finally, of course, his death was as mysterious and suspicious as the rest of his life. He died in the water after falling, jumping or being pushed overboard.

No one is sure which. For the scoundrel’s scoundrel, a perfect ending.