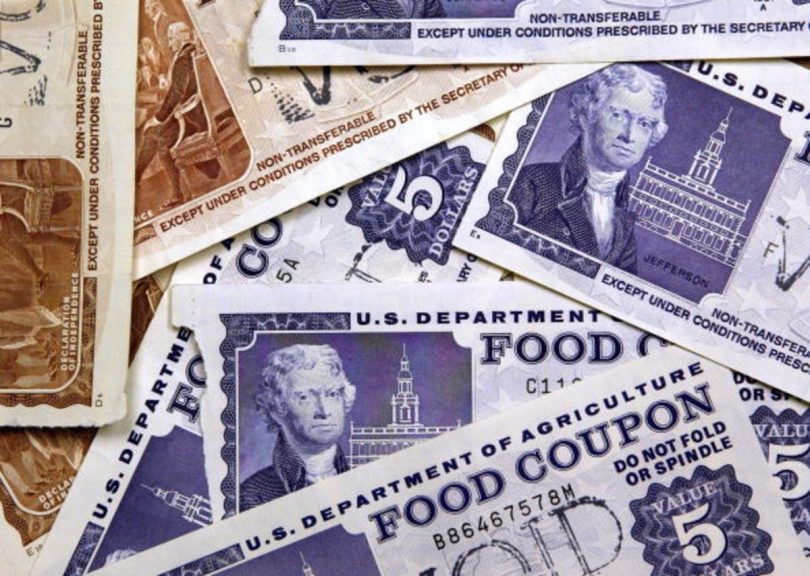 Entitlement dispersion around the country

There are people who gripe about entitlements — the freebees paid out to people who, as they put it, prefer to sponge off the government rather than carry their load. They argue that some types of government support promote laziness and dependency.

It’s a familiar talking point, and it’s not just wrong-headed chatter in the streets. In a speech given at the U.S. Chamber of Commerce Board of Directors Meeting in 2013, R. Bruce Josten, Executive Vice President, talked about the problems associated with funding entitlement programs, meaning Social Security, Medicare, and Medicaid.

What a minute. These are entitlement programs? Well, in a way, they are. I am absolutely entitled to receive Social Security and Medicare. The federal government has taken 6.2% for social security and 1.45% for medicare out of my paycheck for years. And, as an employer, I had to match these amounts for myself and everyone else who works for me — the double whammy.

Back to my point. Most of the complaining centers around the SNAP program, i,e., food stamps, of which about six in 10 adults believe fraud is rampant. Former governor Mitt Romney and senator Rick Santorum, among other Republicans, chimed in on this one, again using the old arguments that this program fosters laziness and destroys the work ethic.

Now, that’s not to say there isn’t any fraud in these programs. There’s fraud in all organizations, and that includes corporations. In fact, it’s estimated that the private sector loses about 5% of revenues to fraud, most of which is committed by managers and executives, not lower level employees. This is according to The Association of Certified Fraud Examiners (ACFE), the people who look at this stuff.

When it comes to SNAP, the estimate of fraud is about 1% — about one penny on every dollar. And even at that low level, the majority appears to come from supermarkets trafficking in food stamps, not from the beneficiaries. To put that in perspective, that’s a loss of about $700 million per year, including what’s taken by the retailers.

Medicare and Medicaid also have their losses — about $100 billion per year. That’s also about the same amount lost to defense contractor fraud, not to mention the billions that go uncollected because of tax loopholes and cheating by corporations and the wealthy. And as with SNAP, a substantial portion of the losses for Medicare, Medicaid, and Social Security result from incompetence — errors committed by the government — and from overcharging by health care providers, not from stealing by recipients. In the scheme of things, SNAP fraud is pretty trivial.

Now, most of the complaining comes from conservatives. But if these folks are really worried about Federal revenues, they might want to focus their attention on Trump’s Tax Cuts. That’s projected to add $1 to $2 trillion to the federal debt from 2018 -2025, according to the Congressional Budget Office. This one leaves the Federal government about $200 billion short per year — and while tax cuts can cause the stock market to rise in the short term, the stock market is not the economy, and the economy will ultimately suffer.

This is all very fascinating, but not my point. My real objective is to look at benefactors and free-loaders on a broader scale, meaning at the state level. According to budget and monetary reports, there are only 12 states that pay more in federal taxes than they get back. That means 38 states do not carry their load. In other words, residents in some states have to pay more in taxes than they get back in services to support the residents of other states.

So, given that freeloading is a favorite bugaboo of conservatives, I thought it might be interesting to look at freeloaders/benefactors by political orientation. To my surprise (not really), of the 30 Red states, only 4 carry their load — Alabama, Nebraska, Utah, and Wyoming — and these only barely. In fact, after taking into account how much they contribute and how much they get back, the federal government has to give $16.6 billion more to each red state than it takes in. Here’s the biggest freeloaders:

Just as an aside, Mitch McConnell, the majority leader of the senate, suggested that New York declare bankruptcy rather than have other states cover it’s revenue losses from the coronavirus pandemic. This is from a guy whose state is essentially a ward of the federal government — New York taxpayers have been covering Kentuckians for years.

But back to the issue at hand. Among the 20 Blue states, 8 carry their load, with New York, California, New Jersey, and Illinois being the biggest contributors to the federal budget. As a group, blue states require only $3.3 billion, on average, from the federal government, vs. the $16.6 billion for red states.

So, the Blue States have to carry the red states, whose conservative residents despise entitlements. Ironic, isn’t it?

But here’s what might be really aggravating to a blue state person. Many of these red states have very low state and local taxes. The average Florida resident, for instance, pays about $4.598 — compare that to New York, whose residents pay an average $10,532 per year. That means the extra $5,934 we pay in New York, including sales tax and real estate taxes, subsidizes the lower taxes collected by the state of Florida. So the local government in Florida gets to look like heroes and the New York government looks like gougers.

Now, it can be argued that New Yorkers make more money than Floridians, and that’s true — about 30% more on average. So, New Yorkers should pay 30% more, not the 229% more in local taxes. And some of the extra state taxes are deductible from the federal tax — but not all, so residents in higher taxed states are still paying more than their fair share.

By the way, if Floridians contributed their fair share, they would almost cover the cost of SNAP — that costs $70 billion, and Florida is short $64 billion.

Be that as it may, I have an idea that might make this inequity a little more palatable to us blue state people. Rather than give my money to the federal government and they distribute it, I would rather write a check to, say a family in Kentucky, for the amount I have to overpay in New York to support that Kentucky family.

That’s a way to bring more clarity to the situation — Kentuckians could feel grateful to me, and I could feel like I’m lending a helping hand. And it may result in less finger pointing as to who is entitled to what.