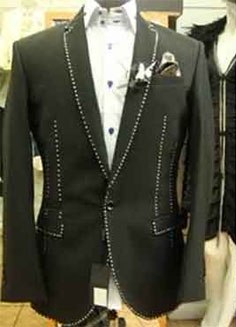 Gentlemen’s suits as we know them today first appeared in the 19th century. By definition, a suit is several pieces of matching cloth worn together. Some claim the first and certainly most flamboyant were the French Regency suits (below left), which boasted loud colors and high knee stockings. The legendary Beau Brummel was a great champion of this style.

The Victorians in the 19th century wore frock coats, and as we moved into the 20th century, very strict and nearly starched morning coats took over. By the nineteen twenties men wore lounging suits (what we just call suits today) and morning coats (below right) were reserved for more formal affairs. 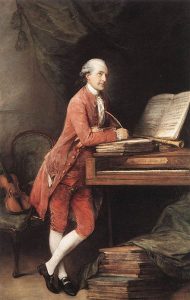