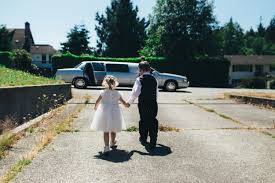 Give your kids the mobility they deserve, and you won’t even have to leave work.

You were a nerd in high school. No one liked you. You spent your time in dark rooms looking at computer screens and pushing keys until something made sense. You had an idea. You shared that idea with others…all nerds like yourself. You moved from your hometown to the great Mecca on the West Coast, Silicone Valley. It wasn’t quite as charming as you thought it might be, but there were others here, others like you. You put clean clothes on, went to big offices designed to look cutting-edge yet comforting, and there you pitched your idea…you and ten thousand other nerds.

Guess what? Your ideas  worked — they were brilliant. People who would have thrown trash at you invited you to their parties. You made a load of money. You grew a beard. You made more money. You started to date prettier women, you still made even more money. You found the right woman and she found you. You married. You bought a huge home over-looking whatever you wanted it to overlook.

Once again you’re in luck.

That’s right. For every Lyft and Uber you take now, they have them for your children. You can have the little ones picked up and taken to wherever their little hearts desire. (Probably it is wherever you tell the driver to take them). These services are popping up all over California, plus one in Boston. For a small fee (Uber fare basically), they will trundle the little ones up, and away they go. 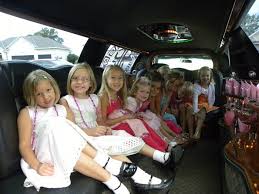 Companies like Hop Skip and Drive will service you in San Francisco, LA, and sometimes into Orange County, California. They claim their vehicles are all newer than 2008, and the three mothers who funded the company require their drivers (all women) to have at least 5 years of child care experience. Kids 6 and over may be taken anywhere in the Bay Area, and the same holds true for Los Angeles. The company takes precautions to make sure registration and license match, and the car actually belongs to the driver on the license. The cost is $16-18 per ride. There are price breaks for group rides.

Others on the west coast are Kango and Zum, and they pretty much do the same thing for about the same price. Some of their vehicles are a few years older, but here you may able to put the little guy in a hybrid as well. In all these cases, the child is provided with a password she exchanges with the driver…providing a 6 year old can remember a password.

On the east coast, Sheprd out of Newton Mass will do the same thing…but here in trendy Newton the vehicles are all 2016 (or later) — Land Rovers and LR4s. Why, you might ask, are these the cars of choice? Because the company is funded in part by the very same Jaguar Land Rover. The drivers here must carry school pupil transportation licenses and the LR4s must have school bus signage and lighting. The drivers have to know first aid, and just in case, they must take a Breathalyzer test before every shift.

You really can’t make this stuff up!

So now you have options on both coasts. At home, and when you travel to see your beloved Red Sox, the kids can take in that 3D version of whatever, unaccompanied by you and in a bright new Land Rover…

It’s like the author of an article I read in “Car and Driver” Magazine, Clifford Atiyeah, said:

“Because nothing says you love your kids like letting a stranger shuttle them around in a 2006 Chevy Trailblazer!!!