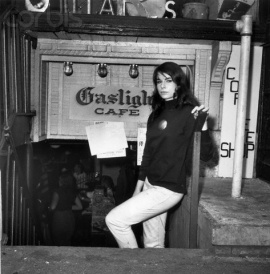 Like most disciplines in the mid twentieth century, literature has been male dominated. Most of the major movements in art and culture have had the same agenda. We can name ten male artists (writers, painters, dancers, musicians) for every female. We occasionally think of these women as muses to the great painters, and even some who supported their “men” and received little or no notice. However, with the advent of the new feminism, we are looking back to the work made by women and finding a true treasure trove to enjoy. The writers of the Beat Generation are no exception.

For the purpose of brevity we would like to examine three important women writers, most often associated with the “Beat Generation”.

At a good 10 years older than the other women, she was almost always referred to as the ‘matriarch’ of the movement. Born in Scotland in 1909, she was a child prodigy, and as the story goes could read by the age of 2. By the age of 20 she had published 3 full volumes of poetry. (This was for any younger readers, in the pre-digital age when publishing a book meant using printing presses and actual paper!)

Helen took to the stage and was a well known singer of Scottish ballads. She took the stage name of Pixy Pool and wove her own writings in with the ballads. All through her life she maintained a contact with the ballad form , transferring it to her poetry.

Helen, along with her mother and sister, arrived in San Francisco in 1948 and by 1950 she was a ‘message rider’ by day and a member of San Francisco’s burgeoning poetry circle by night. By the time she met and befriended the poet Robert Duncan, she had cast a spell of mastery and mystery over the younger SF artists. She was looked upon as an inspiration for a great many of the newer writers. Robert Duncan in later years would say  that her reading of William Blake changed his course as a poet. Helen said that Duncan’s Atlantis was the basis for her own play San Francisco Burning.

Throughout her life Helen Adam was always into the magical, the macabre, and certainly the avant gardé. She was a muse to most of the early Beat poets, among whom  was the young Alan Ginsburg. Ginsburg introduced one of her readings at the Naropa Institute (Boulder, Colorado) in 1975, adding that it took him years to realize how important she was to his own work, but now that he knew that she was a mainstay. 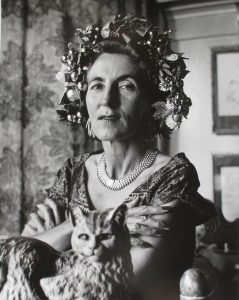 So says  84 year old Brooklyn born poet and social activist, Diane di Prima. She is today, as she has been for more than 60 years, certainly one of America’s most important and revolutionary poets.

Diane lived and worked with her more famous comrades during the 1950’s and onward. She has published over a dozen books, has written plays and prose, and today her work has been translated into over 20 languages. 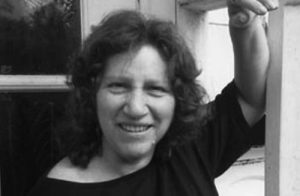 At the age of 12 Denise Levertov sent several of her poems to T.S. Eliot. Far from dismissing them, he sent back two long pages of notes and advised her to “keep writing”.

By the age of 17, she was published in the Poetry Quarterly, and was the darling young poet admired by Eliot–Kenneth Rexroth, and a host of others fell in love with her as well.

Levertov, born in England in 1923, was the daughter of a Russian Jewish father who converted to become a priest upon his move to England. He was fluent in several languages, and an amasser of books. Denise was home schooled, spending time reading through her father’s enormous library. Her lack of formalism served her quite well, as evidenced in her later poetic work.

During WWII she served as a nurse, and wrote after her shifts were over. (Similar in some respects to the physician William Carlos Williams). She published her first full book in 1946; “The Double Image”.

Her coming to America launched her as a truly powerful, rough and tumble American poet. Her bouts with Beat Poet Jack Spicer became legendary, and her work took on new and broader life. Socially conscious, she helped create the Writers and Artists protest of the Vietnam war, and went on to champion many of the social causes of the new progressive Left. She spent many years teaching both on the West Coast and in New York. But most importantly she fulfilled T.S. Eliot’s advice to… keep writing! 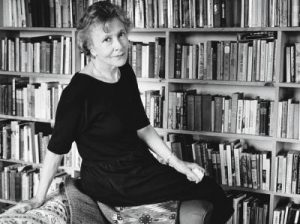 These three writers are a very short sample of the great work and courage of our women writers. Many more can and should be found in book shops and of course on the internet…

Enjoy some wonderful and important work that has not yet received the true credit it rightfully deserves.