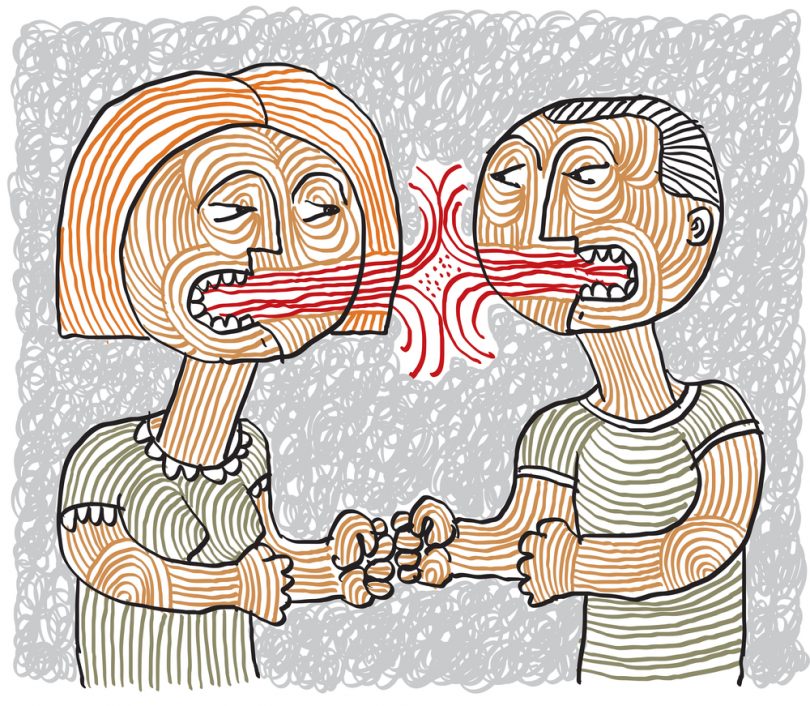 What Psychologist Albert Ellis says about the underlying causes of marital problems.

There are countless ways couples run into conflicts. Some problems linger on and we can’t figure out a solution. That’s because when it comes to marriage, and all other relationships for that matter, things aren’t always what they appear to be. Very often one problem is linked to or caused by another. A couple may fight about sex because a wife feels she isn’t respected, and so her sexual desire is inhibited. A husband won’t take out the trash when asked and that makes his wife angry. He might think his wife is too controlling, and not taking out the trash is his way of expressing his independence. She may get angry when he won’t do it because she sees it as a sign that he doesn’t help or support her.

Such a problem should be easy to fix. The husband should just take out the trash and stop feeling resentful, and the wife shouldn’t get angry because she thinks he isn’t helpful. However, it’s not that simple. Emotions are at the heart of virtually all marital problems, even if we’re not aware of them, so to solve a problem requires that we deal with the emotions that are behind the problem.