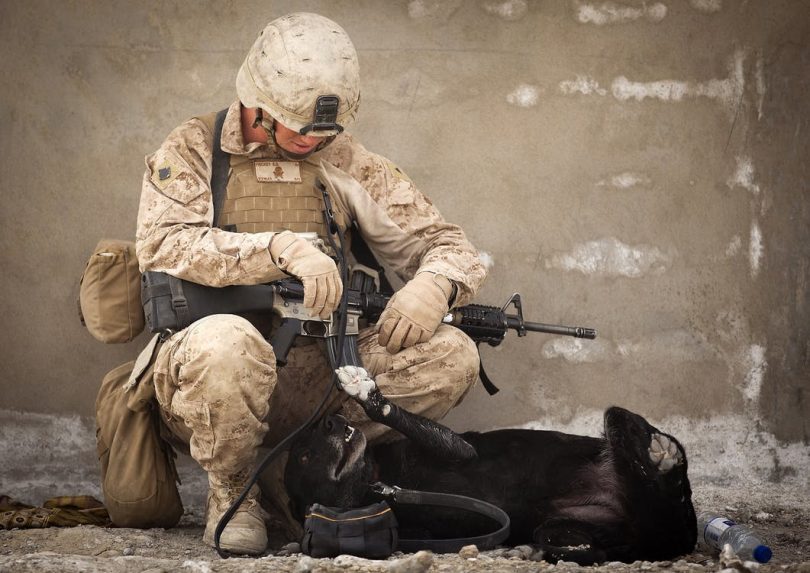 A poem from an Iraq war veteran.

Christopher Pascale is a marine veteran who served in the Iraq War. Chris lives on Long Island, NY and is the the author of War Poems: A Marine’s Tour 2003-2008, which can be purchased on Amazon.com, or checked out at your local library.

Here’s one of Chris’ poems that looks at how the remoteness of the battlefield can make the horrors taking place seem less horrible, and less meaningful than daily distractions, to those of us who are safe at home in our own country. In Chris’s words,

“Watching the news one night, there was another scandal about Michael Jackson, the singer, and his sleep-overs with young boys. As I watched the talking heads and TV show host, there was a ticker going by on the bottom of the screen. The old news of two dead Americans in the war was cited as a footnote for the day. Sometime after this, I remember there was day-long news coverage about the late actor, John Belushi, which included numerous interviews with his widow.”

Two soldiers died in Iraq today.
I flipped on the television and there it was;
a byline underneath the real story:
Michael Jackson. Did he do it or not?
Everybody thinks so, and the coverage
will continue for at least a week as we
wonder where the truth really lies.
And what the hell is wrong with him?
What’s wrong with him.
Right.

Last night it was, ‘hey, that Michael Jackson thing
is on TV.’ Then tomorrow it’ll be, ‘did you see that
Michael Jackson thing?’ after a joke about the
janitor who sat in on a confessional in place of
the priest and asked the altar boy what Father
Mike gave for oral sex after hearing a woman’s
confession. Then the altar boy said,
“twenty bucks.”
And we wonder
what the hell is wrong with them.

Two soldiers died in Iraq, and there it was, a
testimony to what we love, a picture of Skeletor,
the greatest pop sensation of the 20th century
and a fan calling in telling Michael to fight
the good fight
as soldiers die in Iraq,

or so the blurb said.
It was more of a passing byline, really.