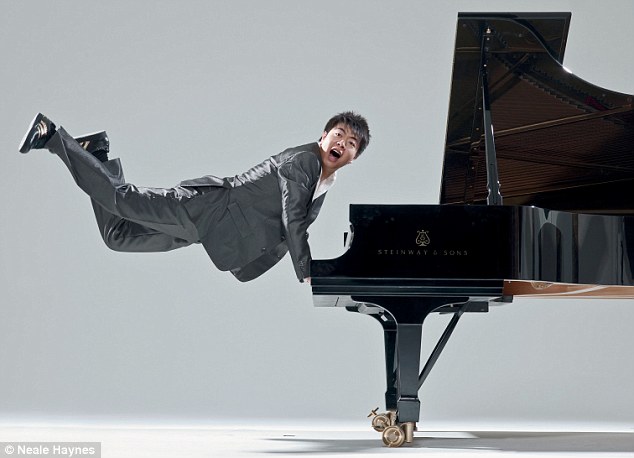 The times they are a changing

Bulletin: There is a New Generation of Rock stars

Hint: They are not Rock and Rollers at all

Move over Beyoncé, step aside Lady GaGa, the Weekend not you either, not even the legendary Bob Dylan. Great as these musicians are, there is a new generation of rock stars that have stepped into their once worn boots.

Yes, there is brand new generation of rock stars and they are not rock stars at all, they are classical pianists. They come from across the globe, both men and women, and are ruling the music world like never before. Take a look at these four brilliant (and wealthy) bright young stars:

Igor Levit could no longer stand not playing to packed houses and sold out concert halls so he decided to give on-line concerts from his living room. His first one was attended by 350,000 people.

Yuja Wan wears sexy, low cut gowns and plays as though she has 4 hands. Paid at least six figures whenever she performs, her dexterity and intensity are astonishing.

Damiil Trifonov has produced some of the greatest Beethoven works of this century (20th-21st) and he never played to a less then a sold out house.

These are the new breed of classical pianists, and they are remarkable.

Many of us sat and started with ‘chopsticks’, then to right hand only/left hand only exercises, accompanied by the screeching voice of our piano teachers shouting out all the notes we missed. Hours wasted at the keyboard when we could have been getting into childhood mischief. Perhaps there was even a Saturday afternoon concert attended with parents that was as tedious as listening to your grade school principal lecture on good citizenship.

This is a modern and even post modern era of piano. We all know the names of Beethoven, Mozart, Lizt, Prokofiev, Tchaikovsky and Philip Glass. But these young geniuses have not only studied these masters, they have supplemented their knowledge by listening to FB, Twitter, You Tube and seen what the entire universe of classical music has been recording for decades. They are an informational generation with talent and drive to create a entirely new world of sound for the modern piano.

Watching Yuja Wang play is to witness a tremendous athlete seated behind a behemoth of a piano. She sits behind a Steinway Concert piano measuring somewhere between nine and 10 feet long. Her piano has been voiced to match her style and it booms and whines and dances beneath her fingers. Her muscles are tight and strained as she goes up through countless arpeggios, and then down again. Her athleticism is so grand and her fingers so deft, one can not be certain if the film has been speeded up or is she really playing that fast.

Ms. Wang was born in 1987, in Beijing. Her piano studies began at age six. She continued her studies at the Central Conservatory of Music in Beijing and the Curtis Institute of Music in Philadelphia. By the age of 21, she was already an internationally recognized concert pianist, giving recitals around the world. She has a recording contract with Deutsche Grammophon, and bookings beyond 2122. Quoted in the LA Times: “For me, playing music is about transporting to another way of life, another way of being. An actress does that”.

So does the pop diva of the classical piano.

Fourteen concerts, with eight different programs. Two major concertos, five solo recitals, five duo piano concerts. Two concerts accompanying a singer. One trip to Europe. One trip back from Europe. A brief stop to pick up a Grammy. Somewhere in there he celebrates his recent marriage, to pianist Judith Ramirez!

Described by The Globe and Mail as “arguably today’s leading classical virtuoso” and by The Times as “without question the most astounding pianist of our age”. Trifonov has sold out every concert he has ever given, and has a handsome bank account to go with his musical virtuosity.

Igor Levit was Born in Russia to a Jewish family. The young boy began playing piano at the age of three, and as a child had his first successes on the concert stage by the time he was eleven.

Levit has appeared in major concert halls and music festivals around the world. During his studies he won prizes in several international competitions, including second prize at the International Maria Callas Grand Prix in Athens , first prize at the 9th Hamamatsu International Piano Academy Competition in Hamamatsu, and the silver medal and three other awards at the Arthur Rubinstein International Piano Master Competition in Tel Aviv. In October 2011 he appeared in a 45-minute documentary aired on 3sat about his love for the music of Franz Liszt. He was a BBC Radio 3 New Generation Artist from 2011 to 2013.

Levit was appointed to a professorship at the Hochschule für Musik, Theater und Medien Hannover (Hanover University of Music, Drama and Media) starting in the winter semester 2019/2020. He lives now in Berlin.

Lang Lang, although a bit older at 38, is still a rock star in his own right. Announcement of their new baby was front page news throughout the classical world. His concerts sell out simply by word of mouth usually in a few hours. He plays to audiences all over the world and is paid in US dollars, always collecting at least 6 figures per performance. This Chinese pianist’s life style would make the folks on Rodeo Drive blush.

Classical music has arrived (again), but this time it is not the stodgy, sheltered entertainment of the privileged few, but rather a boisterous example of brilliance for the entire world to relish…Check out these short examples, and pay attention to the magnificent staging, and tremendous athletic and musical talents by these young super-stars.