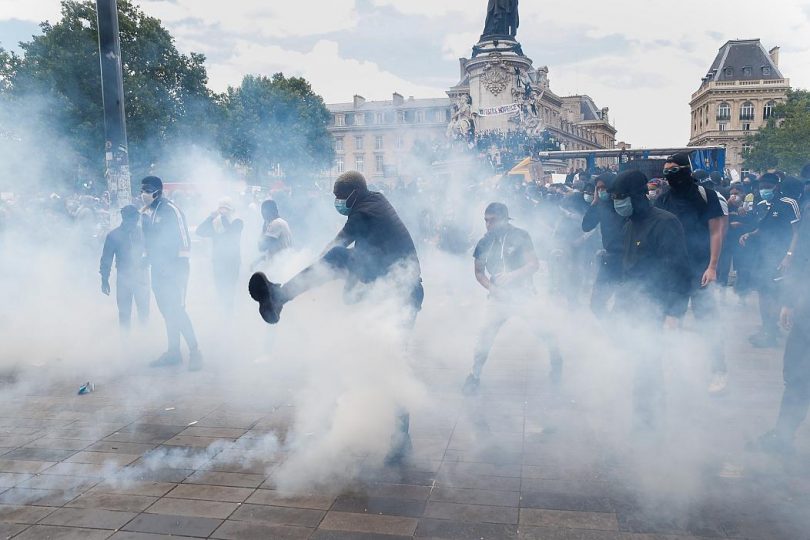 They are the only vehicles of social change.

In America, we love a train wreck. Situations have to reach catastrophic levels before we pay attention. So it goes for social change. Legislators are not the primary movers and shakers of progress — Congress almost never bucks the status quo, even if it’s good for the country, unless forced to.

In fact, it’s not until grass roots movements are sustained, and take on a level of militancy, will change happen. Militancy doesn’t necessarily mean violence — riots and looting turn victims into perpetrators and can derail a movement. But confrontational acts that are angry, yet non-violent, are needed to call attention to a cause and draw out participants. Lobbying has its value, but it’s slow and won’t be effective until the power of the masses is unleashed, and repeatedly so.

Here are a few movements from the last century which moved Congress and the President to institute laws providing for the rights and safety of citizens.

Women had pushed for the right to vote since the founding of our nation, but their requests fell on deaf ears. Things got more serious around 1910, when the National Woman’s Party began organizing public displays. But they weren’t getting the job done. The parades were becoming little more than entertainment for bystanders. And so at the beginning of 1917 they hiked it up to another level.

And so in 1917 they hiked it up a level. Daily pickets and watch-fires — burning of copies of Wilson’s speeches — were held right outside the White House. But they really got Wilson’s attention when a banner was unfurled as Russian delegates arrived: “We women of America tell you that America is not a democracy. Twenty million women are denied the right to vote. President Wilson is the chief opponent of their national enfranchisement”. Another referred to the president as “Kaiser Wilson”.

In those days, such behavior could lead to arrests and jail time. Yet daily demonstrations with provocative banners continued, and after 6 months of it Wilson had enough and changed his position to advocate for women’s suffrage.

Labor disputes have been going on since the 1650’s. These were mostly small-time affairs, and typically ended with fines or arrests of striking workers, because up until the middle of the 19th century, workers organizing against their employers could be charged with conspiracy.  In such cases the plaintiffs and the courts were mostly interested in denying power to workers and limiting their ability to function collectively.

Workers began to organize into larger groups in the second half of the 19th century, but the effectiveness of their organizations, such as the National Labor Union (NLU) and the Knights of Labor was still limited. Later organizations such as the AFL and the Railroad Brotherhoods were better, but not optimal.

Real change occurred because of the sacrifice of workers. A union could call for a strike, but it was the workers who were losing wages and risking their lives. (The United States has had the bloodiest and most violent labor history of any industrial nation in the world.) The Great Railroad Strike of 1877, the Haymarket Affair, the Battle of Virden, among others, made headlines, lined up supporters, and forced companies to take labor issues seriously.

During the first half of the twentieth century, the civil rights strategy for change was largely based on public education, lobbying, and court challenges, under the direction of the NAACP and other organizations. A very civilized approach, but very little was accomplished.

It wasn’t until organizations began a campaign of direct action, including boycotts, sit-ins, civil disobedience, non-violent resistance, freedom rides, and marches that the pace of change quickened. But it was the bold acts of courage by regular people — Rosa Parks, the Little Rock Nine, the Woolworth’s Lunch Counter, the Selma March, the March on Washington, and so on — that brought the plight of African Americans to the consciousness — and the conscience — of the public.

Gender rights has been an ongoing struggle for about 200 years, but we’ll focus just on the late twentieth century. The 1960’s movement had the goal of achieving equal participation in the labor market. Again, we see the attempt to use legislation to get the ball rolling, and it did — a little. An amendment against gender discrimination was piggy-backed onto the Civil Rights Act, but it was not enforced by the Equal Employment Opportunity Commission, and so was inconsequential.

With the formation of the National Organization for Women (NOW), progress was finally being made. During the 1960’s and 1970’s, NOW and Women’s Liberation Movements brought together thousands of activists who organized a variety of demonstrations, including the Miss America Pageant, Abortion Speak-outs, sit-ins, and countless marches.

We’re in the midst of another phase. With the #MeToo movement, women are taking courage to a different level. Many have sacrificed their private lives and made themselves targets to come out about sexual harassment and abuse.

The #MeToo movement is truly modern, and may be the model for the future. Through Twitter, Instagram, and Facebook, organizers have been able to inform the entire world in a matter of days as to the magnitude of the problem. But it is the public display — the demonstrations and marches — that give the movement real teeth.

The movement began in 2013 after George Zimmerman was acquitted in the death of Trayvon Martin. While it achieved some prominence then and since, there wasn’t much legislative action that took place, in part because of the decentralized nature of the network and the lack of a formal hierarchy, but also because there were no sustained grass roots activity.

That changed after the killing of George Floyd by Minneapolis police. Beginning on May 26, 2020, over 450 events have been held non-stop well into June across all fifty states in the U.S. and in a number of other countries. In a matter of weeks, these daily protests have done more to build support for the movement than the lobbying efforts of the preceding 6 years.

And what has been accomplished? At the local level, sweeping changes are happening in policing practices, offensive relics from our less-than-proud past are being removed from public display, and corrections were offered from organizations such as Reddit, NASCAR, and the NFL for their lack of empathy. At the federal level, Democrat and Republican lawmakers are working together to push through legislation for national police reform.

So what about Guns?

Unfortunately, the gun control movement is an example of what happens without sustained effort. After the killing of 17 students at Stoneman Douglas High School in Parkland, Florida, our gun problem came into the national spotlight. The resulting movement started off well — students became activists and they were organized. Their rhetoric was militant and they had their planned events — a march on the Florida state capital, classroom walk-outs, and a march on Washington — and they seemed to have motivated others around the country to do the same.

Activists also seemed to be on the right path by spacing things out. The process works best if demonstrations are spread over weeks and months across different cities, instead of having one day of marching nation-wide. Doing it all at once makes one loud noise, but it’s over quickly and forgotten a week later.

But their movement fell short. They were unable to keep the issue in the public eye. Long-term and continuous clamoring is ultimately what forces lawmakers to action.

Unfortunately, there’s likely to be another shooting incident. And when that happens, we can only hope that the activists learn something from the Black Lives Matter movement and keep the pressure on until it’s impossible to be ignored.