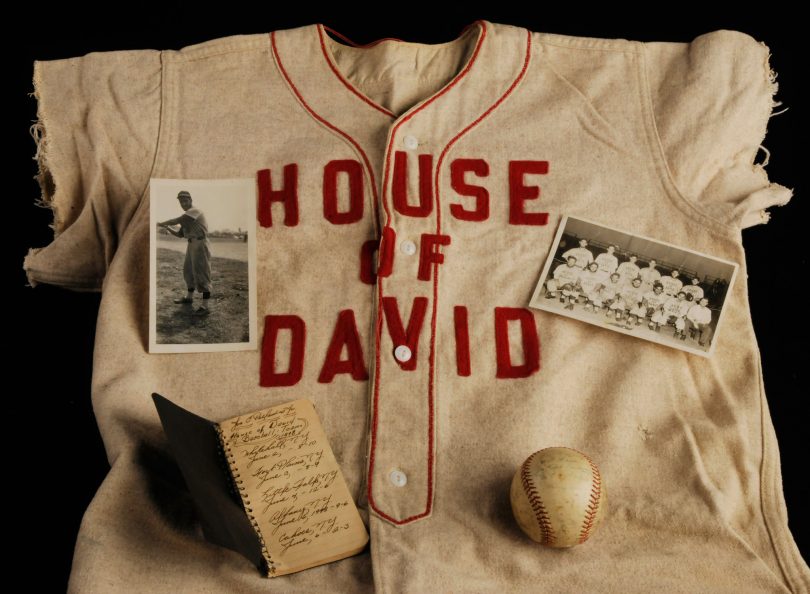 Welcome to The House of David

Major League Baseball starts this month. Opening day with all the inherent hoopla is somewhere in the neighborhood of March 26th. This reminded me of the most unusual and certainly one of the most interesting baseball teams every to play the sport.

They were known as the House of David.

They were a hit in the early decades of the last century and there is even rumor, (not yet verified by this author) that the immortal Babe Ruth played against them. They were so famous there is a blues song named for them.

Most of us will think they were a Jewish team. They were not. That is part of why they are so interesting.

The House of David was an Adventist cult that banned alcohol, sex and shaving. But it also loved baseball – its teams toured the country to enraptured crowds, and unusually positive results.

The team represented a religious society co-founded by Benjamin and Mary Purnell in Benton Harbor, Michigan. The Israelite House of David, established by the married couple in March 1903, was an Adventist cult that sought to reunite the 12 tribes of Israel in anticipation of Jesus returning to Earth in the new millennium.

Preaching the Gospel and playing baseball was their calling and for five decades they toured the country to the joy of adoring fans.

The cult grew to several hundred members and built a commune on a thousand acres of land where they lived their quiet lives according to the laws given by Benjamin Purnell, who felt he was divinely anointed.

The House of David developed a fascinating culture: members harvested fruit and cultivated grain for sustenance. Meanwhile, many trappings of everyday life were shoehorned into the commune, which had its own electricity plant, tailor, carpentry and laundry.

Benton Harbor became a popular tourist destination when Purnell built an amusement park on the grounds. Many aspects of an egalitarian ‘commune life’ were in place — for example, women were allowed to vote and hold office years before that was true in wider American society.

The amusement park was visited by a very young Walt Disney who later said it was in part, his admiration of it that led to Disney Land.

Now let’s get to Baseball. To channel the energy of its young members the powers that be created a pick up baseball team that branched out into a pretty respectful team and by the late teens and early 20’s was playing a pretty fair game.

By the early twenties they were traveling to play other semi pro teams. By the mid twenties the House of David was “barnstorming” throughout the country and playing some of the better teams in the Negro League. (This was twenty years before Major League Baseball was integrated).

The House of David if not the first, was one of the earliest all white teams to play against all black teams. Either way, it was the first time for most Americans to see an all black and all white team on the same diamond. In many respects it helped pave the way for the great Jackie Robinson in the late forties.