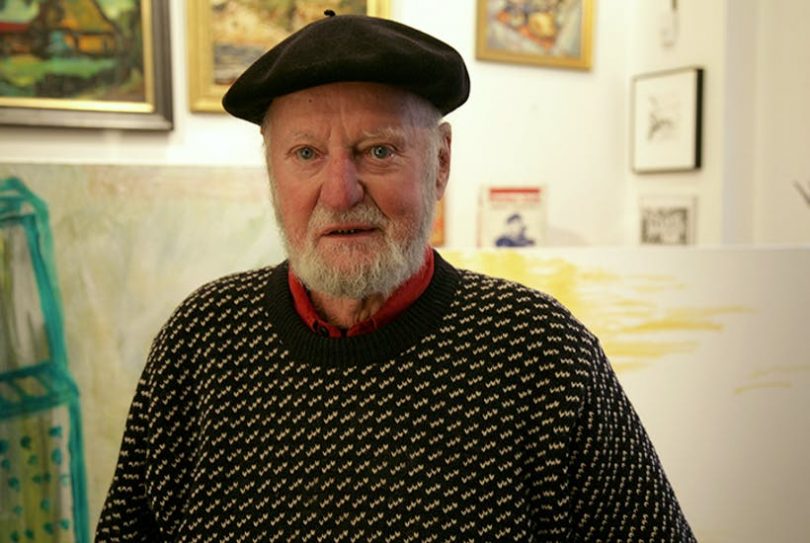 To Beat or Not To Beat

In the late 40’s and into the 50’s and 60’s, a movement of unorthodox writers and artists came upon a stagnant literary world and decided through their work to change the playing field. They made work that was sensitive, personal, passionate, all the while defying the establishment to not take them seriously.

Their names have all been recorded and most of us can remember the advent of what we now call the “Beat Generation”. The writers included Ginsburg. Kerouac, Corso, Snyder, DiPrima, Cassidy. But perhaps it all started in 1958 with the publication a book of poetry known as “A Coney Island of the Mind”, by the poet and publisher Lawrence Ferlinghetti.

Herbert Huncke, another member of the tribe, is usually given the honor of naming the “Beat Generation”; others give that to Jack Kerouac in 1948.

The writing was termed hedonistic, and was resplendent with Eastern mysticism, and what was considered at the time ‘obscenities’.  Ginsberg’s “Howl” and Bill Burroughs’ “Naked Lunch” were both brought to trial….obviously both survived.

“Howl” was first published by City Lights Books, owned then as now by Lawrence Ferlinghetti. 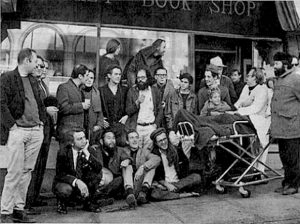 Ferlinghetti and other beat poets, 1965

I have always thought of LF as one of the most under-appreciated of the Beats. His work has been translated into at least ten languages, and his “A Coney Island of the Mind” has sold, at last count, over 1 million copies…not bad for a beatnik poet!

Born in Yonkers, New York, (Home of Linda Lovelace and Son of Sam) in March of 1919, he never knew his father and was separated from his mother at an early age. He lived a semi-normal childhood, winding up in the Navy during WWII. After the war he spent several years at the University of North Carolina, Chapel Hill where he received a B.A. He did his masters degree at Columbia in NY, followed that with a Ph.D from the Sorbonne in Paris.  (Met his wife on the ship over).

Although referred to as a beat poet, he always denied that he was one. He instead chose to cite himself as a populist. Poetry should be for the people was his mantra.

His fame as a poet came later but his activism started early. His City Lights Bookstore was a hub of young poets and social activists. The shop still stands in the North Beach neighborhood of San Francisco, and today at 100 years old LF lives above it. 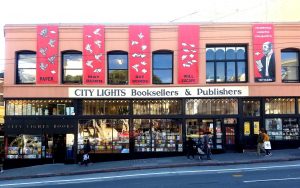 As I mentioned, he was taken to court for publishing Ginsburg’s poem “Howl” and lived to tell about it. Ferlinghetti is a well known social activist, claiming he is “an anarchist at heart”. But he concedes that the world would need to be populated by “saints” in order for pure anarchism to be lived practically. Hence, he espouses what can be achieved by Scandinavian-style democratic socialism.

He has been hero and guru to the likes of Bob Dylan, the Byrds, Cyndi Lauper, Martin Scorsese, among many others.

No trip to the San Francisco Bay Area is complete without a visit to City Lights, probably still the best poetry bookstore in the United States.

To learn more about the City Light book store, go to citylights.com