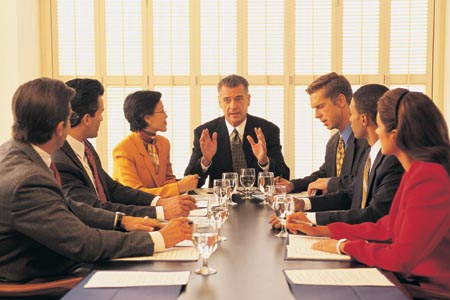 Signing away your protection.

Many of the contracts we sign nowadays have a mandatory arbitration clause, and that includes those used for employment, insurance, home-building, car loans and leases, credit cards, retirement and brokerage accounts, and nursing facilities. And that’s just a few of them. In fact, it’s almost impossible to find a product or service that doesn’t require it.

These clauses appear in the very finest of print, and you might not recognize them as such because they go by different names — binding arbitration, just plain arbitration, and my favorite, dispute resolution mechanism. What they imply is that you’re forced to resolve complaints through an arbitrator, who sets up the rules, weighs the facts, and makes the final decision, which is binding. In other words, you waive your right to sue, you can’t fight it out in court in front of a jury, or appeal a decision. 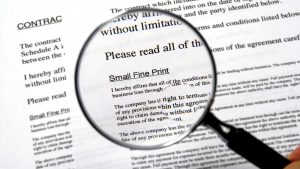 Companies love this stuff because it limits damages and lets them evade accountability. The arbiter is usually selected by the company you’re having a problem with, the results are private, and the way many arbitration clauses are written, the company retains the right to take you to court, but you only have access to arbitration. But they only love it for you, not for themselves — businesses would never sign such agreements with each other. That tells you something.

So how’d we get here? Well, there was a perception that we’ve become a litigious society — we look to sue somebody for every little discomfort and inconvenience thrown our way. So there was a hard push for legislation to limit the number of frivolous lawsuits.

But the truth is very few cases would fall into the frivolous category. Of the entire civil case load, only 7% are tort cases (that is, an injured person seeks damages against a negligent party), and less than 1% are medical malpractice and product liability cases. And even the winners of these cases are not exactly getting rich — 75% of tort judgments pay out less than $5,200, and only 357 cases (0.2%) had judgments that exceeded $500,000.

Legally, arbitration goes back to 1925, the Federal Arbitration Act, which was designed to help businesses resolve contract disputes quickly with other businesses. But since the 1980’s and as recently as 2018, a series of rulings by the U.S. Supreme Court has expanded its application to consumers and employees, and for both individual claims and class action suits.

Proponents of mandatory arbitration claim that it’s less costly, quicker, and simpler than going through the courts. It’s also more flexible — hearings can be set up to accommodate the schedules of all parties; and it’s confidential — the hearings are private and transcripts are not made public.

But the reality is different. Arbitration can actually cost more. You might have to pay a fee just to get the process started, and if you lose you’re subject to the company’s legal fees. Plus, lawyers are not likely to work on a contingency basis because they don’t like the odds. So just your legal fees will include preparation time plus about $3,000 – $4,000 per day. Companies can also designate the exact location for the hearing, and that might require you to travel  — so you can add that to the cost.

You’re also going against a stacked deck. The company picks the arbitrator, and that individual tends to be, to no one’s surprise, pro-company. So again, to no one’s surprise, your chances of winning, and if you do win, the amount of damages paid to you, will be much lower than you would have gotten in court. As I said, good luck finding a lawyer who will take on such a case without a Per Diem fee.

Lack of transparency means your name won’t be splashed across the TV screen. But this is much more of a benefit to the company than to you. Hiding the process and the findings leaves these cases open to more bias. But the bigger issue is others don’t find out about a company’s wrongdoing, and so can become victims themselves.

In your standard court case, the victim receives some financial relief, but the company may also face an additional monetary penalty. Keep in mind that punitive damages are a tool for accountability — they’re not a means for the victim to become rich, they’re about punishing the company so they won’t do it again. But with mandatory arbitration, this deterrent of bad behavior goes away. Couple that with smaller settlements, and companies get a free pass for low quality and abusive practices.

Here’s another kicker — arbitration rulings are final, and that’s the case even if an arbitrator has made mistakes, and mistakes are bound to happen. Whatever you think of the arbitrator or how your case was handled, it’s very time-consuming and expensive to do anything about it.

Some federal agencies and Congressmen are trying to change the laws so you can get in front of a jury if you’re harmed by a product or service. However, this has been an uphill battle because the Supreme Court tends to defend the use of forced arbitration, and argues that arbitration supersedes other laws and protections on the books. Consequently, mandatory arbitration is not likely to be going away in the foreseeable future.

So, what’s your options? Honestly, they’re extremely limited. You can’t do anything about the contracts that you’ve already signed. For upcoming contracts, all you can do is read the fine print very carefully and don’t just click the box that acknowledges you agree to the “terms and conditions”. If mandatory arbitration is required, you can ask to have that clause eliminated, or you can shop around for another company.

Good luck with that, because, as I said, virtually all companies require forced arbitration, and they don’t negotiate on this policy.