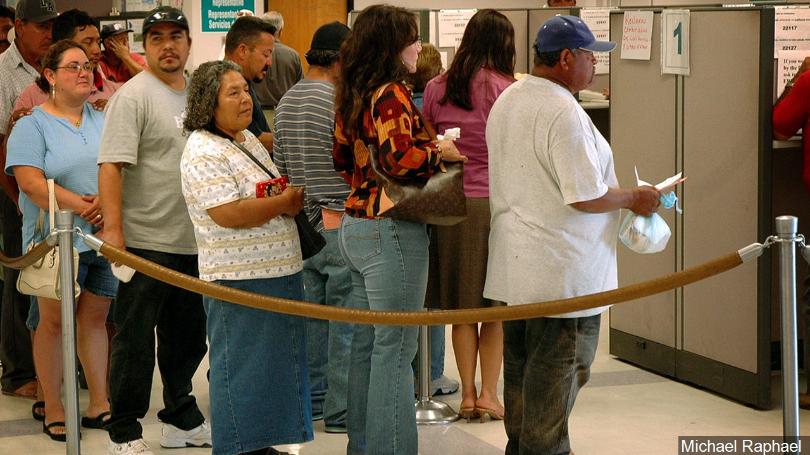 A new and troubling economic reality?

I might be trying to connect square holes and round dots here but the coronavirus pandemic could be triggering economic chaos here in the United States.

It’s good that global carbon emissions have dropped 17 percent during the COVID-19 lockdowns. Blue skies have returned to many cities in India where 17 of the 25 most polluted urban skies exist.

The numbers of cases and deaths globally and in America have about the same relationship. About six percent of the people who’ve contracted the virus have died. Taken another way, the human body can fight off this killer almost 95 percent of the time. The exceptions are people with challenged immune systems, excess weight, heart disease, diabetes or other health issues. In other words, poor people. Certainly, the virus doesn’t respect people, places or pocketbooks, but it seems poor people are dying at a far greater rate than the general population.

The Washington Post recently reported that U.S. counties with significant black populations account for more than half of coronavirus cases and nearly 60 percent of deaths. A national study by an AIDS research group found that “socioeconomic factors such as employment status and access to health care were better predictors of infection and death rates than underlying health conditions.”

The first nine weeks of the pandemic found 38 million unemployment claims filed in America. Many of the jobs those people held won’t return when the pandemic ends. It’s not hard to imagine, for example, that the push to get people to order food through a phone app will see wait staff jobs converted to lower paying delivery jobs going forward. One economic research firm told the Politico website that by the end of 2021 its models project unemployment will still be as high as 8.6 percent in the new normal. U.S. unemployment before the pandemic was about four percent.

At its height, the Pier 1 retail chain had 1200 stores. But after it filed for bankruptcy protection it couldn’t find a buyer. Recently it announced it would close its remaining 540 stores. Any chain not anchored in the online ordering space will face hardship or closure especially as consumers gain more confidence in online ordering and delivery during the pandemic.

On the other hand, the stock market is catching its breath and the Goldin Auctions Spring 2020 Premium Auction has reported record sales on new items. Nearly a million dollars was spent for a trading card featuring Los Angeles Angels outfielder Mike Trout. Record numbers came in for memorabilia featuring former Los Angeles Lakers superstar Kobe Bryant, killed in a January helicopter crash. For example, a scorer’s sheet from Kobe’s career high 81-point game (signed by Bryant) sold for $23,750. One of his championship rings sold for more than $200,000, twice pre-auction estimates.

So, on one hand, unemployment and death are growing during the pandemic but people still have or are acquiring money to spend on what might be considered inconsequential memorabilia. The dichotomy can be unnerving.

The point is this: we have no idea what the new normal will look like after the pandemic. It does appear, though, that the virus doesn’t respect pocketbooks but global cultures apparently will see a greater separation of income between the haves and have nots. Historically that’s a sign of unstable futures.

Let’s hope the vaccine will ease us out of it.