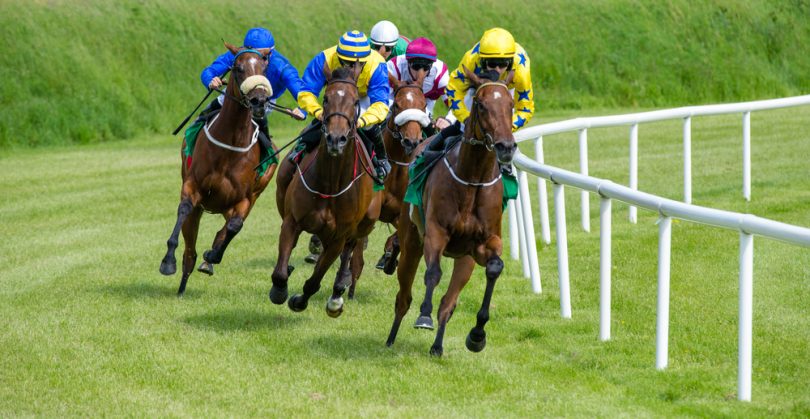 The psychology of betting on the most exciting two minutes in sports.

Ever since I was a kid growing up in Queens, New York, I bet on the horses. As 14 and 15 years olds, my friends and I would sit on the stoop and handicap races. When I was older and a bit more prosperous, I took to owning thoroughbreds, although I got out of that business to avoid becoming too less prosperous.

Living right between Aqueduct, Belmont, and Roosevelt Raceway meant we had to be involved in that world — and we all loved it. It was a way to make a few bucks and build up the meager funds we had without any effort.

At least that’s how we, with the wisdom of our 15 year-old brains, saw things. Of course, we didn’t win more than we lost. In fact, nobody does, which suggests our brains don’t develop much as we get older and wiser, at least when it comes to the track. 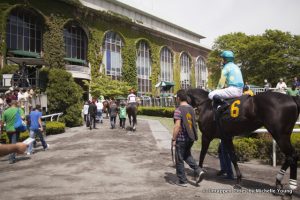 Horse players don’t worry themselves with such things. If you ask them how they’ve performed over the years, they’ll say they’ve done pretty well. The reality is most bettors don’t really know how they’re doing, because unless horse-racing is their job, they don’t keep a ledger of their wins and losses. So, many think they’re doing better than they actually are. However, if you use an on-line betting service, you actually get a running statement of your betting record. Last year I learned that I got back 70 cents on every dollar wagered, which was a shock. When I mentioned this to a friend, his response was, “That’s not bad.” “That’s not bad? You do realize that means I lost 30% of my investment. Much more “not bad” like that and I’ll be broke.”

Just to be clear, that doesn’t mean I hit 7 out of 10 races. If I bet $10 on a horse to win, and I hit one race for $70, after 10 races and $100 in wagers I got back 70% of my money, but my race winning percentage is only 10%. If you consider that the average number of horses in a race is about 8, I actually have a slightly better chance (12.5%) of winning just by randomly picking numbers and forget all the handicapping work. 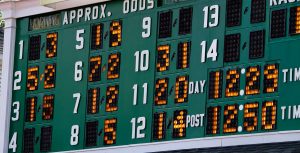 To give you an idea of just how random it is, not too long ago I played a pick 5 (pick the winner of 5 races in a row). After 3 races I was “alive” (I won the first three races). As I was waiting for the next race I glanced at the racing form and I noticed something odd — it was the program for the following day, not the day I was betting. I then hit the next race and lost the last one. Still, 4 out of 5 was pretty good, considering I was looking at the wrong horses. I then used those same picks on the next day and hit 3 out of 5.

But even if horse-players are aware of their less than stellar performance, that won’t stop them from continuing to try. Why do they persevere in the face of such frequent defeats? Psychologists give us a number of reasons.

“In betting on races, there are two elements that are never lacking – hope as hope, and an incomplete recollection of the past.”

For one, we have selective memory — pleasant events are more easily remembered and unpleasant ones are suppressed. So the wins are retained in our minds longer and much more strongly than the losses, which are quickly forgotten. If you pick a winner at 15 to 1 odds, that stays with you and might even end up in your dreams. You also come to believe you’re a handicapping genius, and you hold that thought for at least the next 10 lost races. Gamblers overestimate the probability of winning because they have vivid memories of their past successes.

“If at first you don’t succeed, try, try again. Then quit. No use being a damn fool about it.”

What also helps you out is you can compile lots of reasons to justify your selection even after you lose a race. The jockey is an idiot, your horse got bumped or blocked, etc. Justification gives you what you need to believe — that you really know how to pick a horse, and you would have won if only the gods hadn’t intervened.

Learning theory also plays a role. Behavior patterns are established by adding consequences to that behavior — when the behavior occurs, you follow it up with a reward, which causes the behavior to increase. You can vary the reward schedule, so instead of giving a reward every time the behavior occurs, you give it every nth time, or you give it randomly. In fact, the best reward, the one that produces the strongest habit, is variable ratio. Here rewards are given in an unpredictable pattern — because you don’t know when or how much you will be rewarded, you perform the behavior over and over, and it’s hard to quit, because you think the next win is right around the corner. Slot machines and lottery games are good examples of variable ratio reward schedules.

And so is horse-racing — while a horse player may think a handicapping program provides all the information they need, there are so many variables at play that it might as well be a complete game of chance, meaning any horse can win. Of course, there are some races in which one horse totally outclasses the competition, but for most, your likelihood of picking the winner is almost random. And for those races with an overwhelming favorite, it’s no fun to bet on a horse because the odds are likely to be about 1 to 5: better to pick a long-shot and beat that favorite, losing $2 in the process, than win 20 cents. And if you win with your long shot, you get to feel pretty satisfied with yourself.

“Fortunately my wife is understanding. When I come home from the races she never asks any questions, if I tell her I just ate a $380 hot dog.”

There’s also neurological stuff. Research has also shown that gambling is addictive simply because it feels so good when you win — literally. There’s a pattern of brain activity that occurs when we win money. A region called the striatum is activated, emitting chemicals that produce a natural high, the same as we would feel when we eat chocolate, have sex, fall in love, or use cocaine. But it’s not just the final outcome of having won — the anticipation of winning will cause the same chemical emission and so can be just as powerful a stimulator. Horse-players refer to the anticipation as having action.

Horse-players are notoriously superstitious. They have lucky pens, lucky shirts, lucky underwear, lucky stores where they buy their programs. If a horse-player won a couple of times wearing the same shirt, he will wear it forever and possibly never wash it. They also look for signs from the cosmos and have systems for betting that disregard any information about the horses. My brother looks at the morning line odds and if they go down by half or more by race time for a horse, he calls that a “system horse” and he has to bet it. Another will bet a number, say the one horse, if the one horse had won in two previous races. These of course are silly — the only sensible system is mine. If you’re betting at Gulfstream Park and there’s a 12 horse in the last race, he’s your winner.

As dopey as this sounds, superstitions actually serve a purpose for the horse-player. They give the illusion of control, the belief that an outcome is not strictly defined by chance. If you win and you can link it to a superstitious thought or behavior, you have another tool, along with your handicapping prowess, to crack the system and swing the odds in their favor.

Superstitions have another purpose — they let you deflect some of the responsibility for losing from yourself. After all, I’m pretty smart and I wouldn’t continue playing something I lose at unless there are reasons for losing that are outside of my control. Such rationalizations allow us believe in ourselves and keep playing. Here’s some of my own: If I’m betting on a race and I happen to get a phone call or somebody comes over to talk to me while the race is in progress, I will lose that race; If I have continuing bet going, say a pick 3 (for which you have to pick the winner of 3 races in a row), and I win the first two races, I cannot tell anyone else my remaining picks or I will lose. The last one must be legitimate because I know other horse-players who believe the same.

“Horse sense is what keeps horses from betting on what people will do.”

Horse-players also believe in the power of personal choice — the feeling you can affect the outcome of a gamble if you have input. Needing to personally roll the dice on a craps table or pick your own numbers for a lottery are examples. Personal choice is especially relevant to horse-racing because you make your picks after reading the program and analyzing the race. In going through the handicapping process, you believe that you’re actually playing a game of skill and so randomness is taken out of the equation.

Interestingly, losing also sustains betting. People tend to be highly sensitive to losses The pain and embarrassment you feel from having lost a race is actually stronger than the pleasure you get from having won one. Such feelings of frustration lead to “loss-chasing”, the need to place another bet right away, not because the potential gain is especially appealing but because you have to get rid of the pain of the loss. When horse-players are in this phase, their judgement is somewhat cloudy. They know they can’t recover from the losses, but they will persist in doing so anyway to gain at least some of their dignity, and their money, back.

This is certainly food for thought for me and fellow horse-players, and I should really spend some time in the future pondering the points that I’ve covered about the futility of gambling. But I can’t right now…​