If you’ve been to France, you’ve probably hit Paris, the Provence region, or the Riviera. They’re all magnificent, but if you really want to get know France, you have to venture into the countryside. Going to Paris to understand France is like going to Manhattan to learn about America — you’ll love Manhattan but it won’t tell you much about the rest of the country.

There’s a lot to explore throughout France, and eventually we’ll cover all of it. We decided to start with Brittany, the westernmost peninsula. This province just doesn’t get enough American attention, but it should. The truth is Bretagne — that’s what the French call it — ranks second only to Paris in historical significance. Brittany’s greatest attractions are its beaches, coastal walks, rocky shoreline and small fishing harbors, but there’s also a collection of impressive towns and villages. 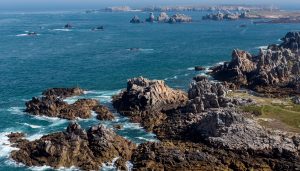 Page 1 of 11 Previous Page Next Page