Race fans generally aren’t inspired by European inspired, computer-generated music. They want hard pounding, hard driving, hard rhythms as long as they don’t interfere with the hard rumbling and Jurassic sounds of the cars. Some fans in America laughed. They found it hard to leave the rumble of a NASCAR race for the disco sounds of a Formula E weekend.

Some of that’s changing starting in December, though, when the Formula E series starts its sixth season. The first cars were branded with the Renault name with engines from McLaren, the same engines in the McLaren road-going supercar.

For 2019, Formula E has worked with McLaren Applied Technologies to come up with new battery packs to put in a second generation of cars; machines that will make it through a 45 minute race. Gone are the car swaps, since the Gen2 battery life will get from the green to the checkered flag. 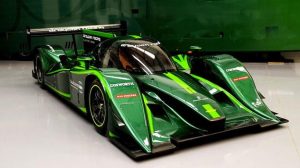