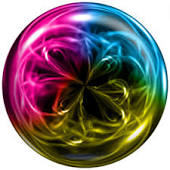 Technology emerges in the most surprising places.

Sometimes that old adage “everything old is new again”, is true and other times not so much. Certainly things are built upon other things, advances are made and the old paradigm gives way to the new. Most of us are old enough to remember when our television set was large at 16” ( B&W) and it received only 4 channels. Then cable, then streaming and who knows what’s next.

We can all remember when our tennis racket was made of wood and had ‘gut’ strings. When our golf clubs had wooden or perhaps thick metal shafts and when the bowling alleys were awash with black hard rubber 16 pound monsters you hurled down the lane in hopes of a strike, or at least keeping it out of the gutter!

Not anymore. Tennis rackets are high quality carbon fiber, golf clubs are at least titanium if not some form of fabricated carbon fiber, and the bowling ball has gone the way of the dodo bird. Welcome to the era of bowling/physics/organic chemistry.

It seems that since the early 1990’s behind semi-closed doors professors of the sport of bowling have been taking the bowling ball apart, redesigning its center, or core, and developing balls that allow total personalization.

One such professional ball designer is a chap from, where else but Brooklyn, New York, by the name of Mo Pinel. Mo was to all accounts a “gruff kinda guy, kinda tough, but he wouldn’t go out of his way to hurt anybody.”  I guess in our politically correct parlance he didn’t suffer a fool very well. Or in the Southern vernacular, simply put, “Bless his Heart!”

Among other things, Mo was at one time a drag racing buff and when he realized that a bowling ball and a dragster were to some extent one and the same thing; an object moving as quickly as it could down a straight path (drag strip or lane), he switched careers, and was now a bowling ball designer. Of which it is said these scientists number less than 10 in the United States.

His first patent on the bowling ball design was granted in 1991, and many claimed it changed the game. However, it should be understood that this was not some beer guzzling guy out for a night at the alleys, hardly that.  You might find these words while examining the design of the ball’s core.

“The square root of the moment of inertia divided by the mass of the object the lower a ball’s RG (radius of gyration). The lower a ball’s RG the more spin a bowler can create by applying torque; the higher the RG .”the more power required to rotate the ball.”

The analogy most designers use is that of a spinning figure skater who extends her arms and a leg to slow down. Balls now come in different configurations based on physics and to some extent chemistry, and can be designed for any type of bowler. No longer are the nicked and beaten balls that we used as kids coming out of the ball return… It’s a whole new game. A game like all the other modern sports that depends heavily on science.

Bet you never knew that. If you did, here are two more things:

The Jayhawk Professional Measuring Bowling Ball can be yours for $765.

And that last thing on a sad note, the great Mo Pinel was taken last year by the Pandemic.

To end on a more positive note, here is a clip of champion bowler Don Carter — using old technology.