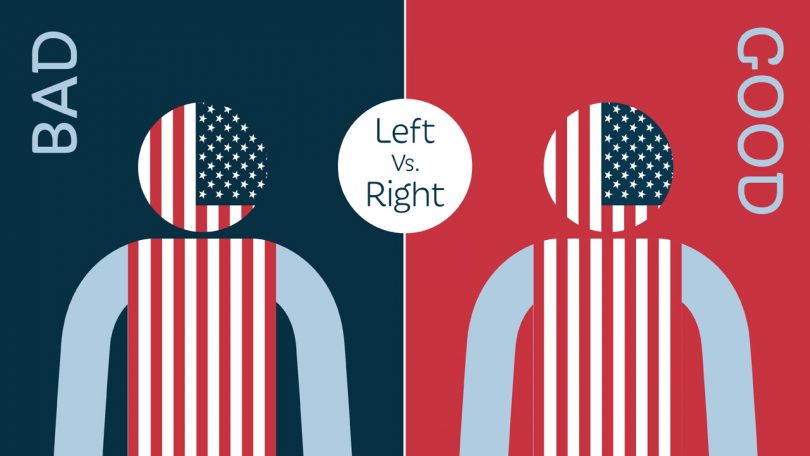 In a sense, we the people of the United States still have a Wild West mentality. We’re one of only 14 countries out of 195 that still allows the death penalty. We’re in the company of other such free-thinking societies such as Saudi Arabia, Iran, and China.

While about 54% of all Americans support the death penalty, as you might guess, support varies substantially by political affiliation. According to a Gallup poll conducted in 2018, 77% of republicans are for the death penalty versus only 36% of Democrats. That’s not surprising — conservatives have always supported the death penalty and regard it as morally justifiable.

A look at the two maps below clearly illustrates these differences. The first map shows political orientation — red states lean Republican and blue lean Democratic. The second map shows the states with and without the death penalty. When you compare the two, the overlap between red/death penalty and blue/no death penalty is not just a coincidence.

No confusion so far, and nothing paradoxical. So, let’s move on to a second issue. I’m talking about abortion. Gallup measures Americans’ attitudes on abortion each May in its Values and Beliefs poll. As of 2018, the same percentage describe themselves as generally pro-choice and pro-life — about 48%.

But again, let’s look at who’s for and who’s against. Breaking down by party affiliation, 75% of Republicans describe themselves as pro-life, meaning they are against legalized abortion, while 68% of Democrats say they are pro-choice, supporting a woman’s right to choose. Again, if we were to just look at this one issue, there’s nothing really surprising here.

It’s when the two issues are considered together, that’s when I become confused. Here’s my problem. On one side, Republicans and conservatives believe that people should be put to death for certain crimes, but you can’t take a life by abortion. Democrats and liberals are the reverse — they won’t protect an unborn fetus but will not condone killing a criminal. So, while both groups strive to protect life in one respect but not in the other, they’re on opposite ends on the two issues.

Paradoxical? A bit. But that’s not the real paradox. Where things really get confusing is when we consider each group’s views on the role of the federal government. After all, it’s the federal government that determines whether or not death sentences and abortions are legal. So, how each party regards the government should dictate to what extent they will give it certain powers.

Conservatives prefer a small government, involved as little as possible in their daily lives. People and companies should succeed or fail based on their own actions with little or no government intrusion, especially in matters that are private and personal. That point has been dramatically demonstrated by the mask thing during the pandemic. When mandated to wear one by their local governments, many conservatives objected to what they saw as a breach of their personal freedom.

Across the aisle, Democrats believe the federal government should have a strong role, so it can address the needs and protect the rights of its citizens, and should be especially protective of the less privileged. Regulations on institutions and corporations are fine because they promote the well-being of the society.

This strange combination of paradoxical beliefs got me searching for an explanation. At the risk of over-simplifying the issue, I looked into how the two parties felt about their government in general. My thinking is, if you’re going to put life and death decisions in the hands of a government, then you must trust that it will do the right thing.

As it turns out, that’s not the easy answer. You can certainly measure levels of trust, but it varies significantly by who’s in power. Each party trusts the Federal government much more when a member of their own is the president. Nevertheless, if we collapse across which party is in power, it appears that as a general rule Republicans are less trusting of their government than are Democrats. That’s the one piece that might make some sense — it ties into Republicans wanting smaller and Democrats preferring larger governments.

So, all this begs another question — why would a party who trusts their government less give it responsibility for life and death decisions? As for the Democrats who trust the government more, why wouldn’t they?

As I said, I’m confused. There are certainly other mediating factors — religious beliefs, ideas about women’s rights, value of the community vs. the individual, etc — that probably account for some of the inconsistent thinking about criminal punishment and abortions.

But it might also have something to do adhering to an ideology or basing beliefs on a visceral reaction. In other words, we rely on emotions rather than logic in deciding whether or not to believe something, and don’t think the issues through from all sides. And it also possible that many things Republicans and Democrats believe are dictated by their party. In that way the party gives us permission to hold onto a set of seemingly contradictory beliefs and be perfectly contented in our irrationality.

If that describes you, don’t feel too bad. We all do it — George Orwell called it Double Think (although Psychologist Albert Ellis might have called it just plain crazy).