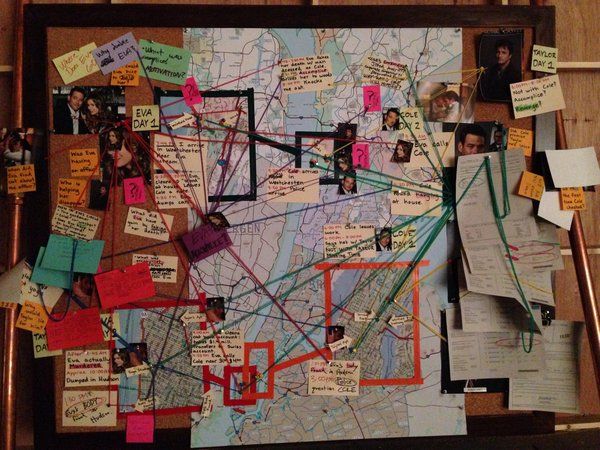 Some of the conspiracies that we fall for require a stretch of the imagination at best, and at worst, are absolutely ridiculous. But absurdity doesn’t stop more than a few from being sucked in. It’s estimated that at least half of Americans believe conspiracy theories.

Very often we make the mistake of giving the players too much credit — conspiracies are complicated schemes involving a lot of characters and multiple stages stretching way out into the future. All of the pieces have to synchronize perfectly for things to work just right.

Frankly, most conspirators aren’t that clever or lucky. Even if 1 or 2 players are smart enough, at least a few won’t be. Nor are they trustworthy. A few will leak the details, either through bragging, pangs of conscience, or accidentally on purpose. There’s just no honor among thieves.

Why are they so prevalent now? One reason is us-versus-them politics. We assume, or maybe even expect, the other side will do something dastardly. These theories reinforce what we already believe, and that makes us believe even more. Even if they’re ridiculous, we’re willing to suspend our disbelief to justify our own opinions.

Some folks are more prone to fall for conspiracies. Those who believe in the supernatural — ghosts and extra-sensory perception, for example – are particularly vulnerable.

Lately, social scientists have come to divide people into two groups — Intuitionists rely on their gut feelings and instincts; and Rationalists, who focus on research studies and facts. Intuitionists are more conspiratorial in their thinking.

From a political perspective, the right wing has become more intuitionist, driven by Evangelical Christians, radical pundits, and Donald Trump. The truth is, Trump is the one of the greatest promoters of conspiracies and misinformation, and Trump voters are most likely to believe in them (by the way, so are Brexit voters.)

This is not to say that the left doesn’t have its conspiracies. The anti-vaccine movement, for instance, emerged from the left. To this day, Hillary Clinton holds that the right wing is working against her and her family. By believing that, she and her supporters can dismiss every accusation and investigation as a false attack, and so they can dismiss any charges.

In simpler times, many of the conspiracies focused on religion and ethnicity. However, even today, some buy into the idea of an anti-Christ (Obama was the last accused). And, of course, anti-Semitic theories still abound —  many people believe that Jews, through banking, Hollywood, and the news media, are attempting to take over America and the world.

The idea that Jews are working to control the world is particularly idiotic. Jews make up less than 2% of the U.S. and 0.2% of the world populations. How does one justify that such a small group can accumulate that kind of power? And don’t forget that to achieve their objective, the world-wide population of 15 million Jews would have to work together to a single-minded purpose, and not tell anyone about it.

Here are a few other conspiracies floating around today that defy any sense of reason:

These are amusing. But some conspiracy theories are dangerous. They can inspire extremists to crime and terrorism, or lead people to make decisions that are against their self-interests.

Believing in such things can make you seem weird to others, if not downright confused. But here’s the real problem — conspiracy theories are both a symptom and a cause of the polarization in our country. We need to trust that our government and our institutions operate in our best interests, and we’re not just unwilling victims of some vast corrupt scheme. Sacrificing truth and logic and surrendering ourselves to propaganda because it makes us feel justified makes it impossible to return to some level of normalcy, and impossible for opposing sides to have meaningful debates on policy.

Instead, all we’re left with is hate, and no path to move forward.