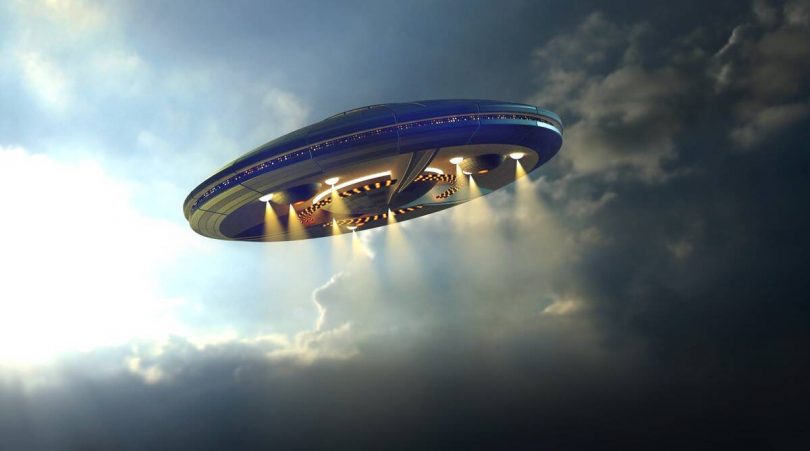 Or are they already here…many scientists conclude it’s the latter!

For many years it was the domain of kooks, conspiracy fanatics and just plain whackos. These devotees either swear to having seen one, taken a picture or a video of one, and continue to say it was something unidentifiable and are calling it a “saucer’.

From the now infamous “Area 51”, to reports on military bases and test pilots swearing ‘something is out there’, to the scientists who have been telling us that with over 100 billion planets in our galaxy, there certainly could be other life forms out there. And that’s just the beginning.

Perhaps the actual beginning came in 1938 with Orson Welles and the Mercury Theatre’s broadcast of  War of the Worlds. People were so horrified and frightened of these space men, that many packed up their belongings and headed straight out of town.

Welles had hit a nerve. That nerve was dread of the unknown. Whatever is out there, in whatever form it takes, it could be potentially dangerous and harmful. Therefore I must flee, in one way or another.

In 1947, with the supposed landing of an extraterrestrial craft in Roswell, New Mexico, things got heated. The government locked up all public reports, referring to believers as ‘conspiracy nuts’, or just plain delusional. They called it a hoax, a weather balloon, even gases escaping the atmosphere. Insiders leaked the story that said the government wanted no publicity, afraid it would cause mass panic among its citizens. They went on to lambast anyone who took space travelers as legitimate, claiming they probably had ‘one too many’.

There were mockeries made and satirical skits on TV and Radio. Comedians joked about it and third rate horror films were just that; third rate.

Today, TV shows abound with sagas of ancient aliens, reverse engineering, and space visitors who may already be here. As a TV producer, I covered the 50th Anniversary of Area 51 in 1997. There were hundreds decked out in costumes and home made head dresses designed to connect with ‘other worldly visitors’. There was an operating table with medical personnel around it and a space alien ready to be dissected. It was huge.

Unfortunately the entire scene was a poor mock up of a scene one might find in a high school play.  (The sign even admitted it was staged.)

At the same time, in a more serious vein, there were scientists sending music and sound into deep space and eagerly awaiting a reply. (To my knowledge no results yet.)  I can remember sitting with a dear friend in Los Cruzes N.M. in the late evenings and watching UFO’s fly through the sky.  Yes, these were unidentified by us, but were actually tests staged by the U.S. Air Force. They were beautiful, and in our state of “heightened awareness” looked very cool!

Today things have changed. Now even the government is out there looking. No longer are these phenomena being ridiculed, but instead they are being studied.

As it turns out, our government has actually been looking at these ‘UFOs’ for several decades and has kept it a secret for reasons, which are of course… secret!

More than a dozen test pilots have gone public and admitted to seeing these objects, or ‘crafts’ while on routine missions. The reports have all had an eerie similarity. Tremendous speed and agility, far beyond any thing we have. Usually shaped like a saucer, or a cigar. Most often silver in color, sometimes actually translucent.

The officially released reports which are now being made public, agree.

There are committees and watch dog groups who now take this stuff quite seriously. No longer are these folks kooks and weirdos, now they are perhaps right on the cutting edge of a future filled with inter-planetary communication, and hopefully cooperation.

Finally, there are numerous books, articles, magazines, and TV shows devoted to the phenomena of extraterrestrial events. They run the gamut from interesting to scientific to just plane fun. A flavor for every taste.

A great article which I came across while doing this research is in The New Yorker Magazine, dated May 10th of this year. It is a good way to update almost all of the goings on in one place.

Don’t be surprised by anything you read…after all, it really is a brave new world!