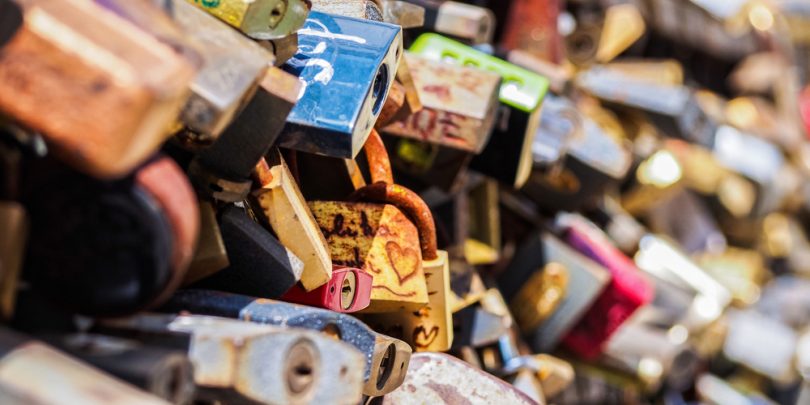 A different kind of hobby

If you’re bored with the same old stuff, here’s something different — picking locks for fun. Well, also for profit if you incline toward the criminal.

Picking locks has become a hobby, and if you think about, it’s really just another form of puzzle solving, like crosswords, Sudoku, or Rubik’s Cube. And it’s not like you’d be doing this on your own. There are lots of folks partaking.

I was turned on to this hobby by my son, who leaned toward the nerdy even as a young boy. Then again, he holds two patents, because that’s what nerds do when they get older. Anyway, picking locks fits his mentality and personality to a T.

Picking locks for the hell of it actually has a long history. Louis XVI of France was into it in the late 1700’s, and so was physicist Richard Freyman who worked on the the 1940’s Manhattan Project. MIT, with its Roof and Tunnel hacking tradition (exploring unauthorized roof and utility tunnel spaces) has included lock picking as one of their pursuits since 1991.

But it’s not just been for yucks. From the early 1800’s, lock manufacturers were holding public competitions to prove the security of their locks, offering substantial prizes to those who made a successful picking.

By 1997, lock pickers had organized, establishing governing bodies with by-laws and ethical standards. There is a group called TOOOL, The Open Organization of Lockpickers, originally founded in The Netherlands but with U.S. affiliates, that promotes the hobby and the sport. They have a membership of more than 110,000, hold regular meetings, set up lectures and training sessions, and organize competitions.

It’s easy enough to join TOOOL — the annual dues are $25. But if you want to stay a member in good standing, you have to obey the rules. The organizing bodies have zero tolerance for illegal or immoral lock picking so as to avoid a misconception that they are participating in illegal activities.

Members are expected to know the laws about locking picking in their area. Depending on where you live, it may not be legal for you to have certain types of equipment that are part of the lock picker’s tool chest. You may need certain licenses, or your picking tools may even implicate you in a crime simply because you own them.

And most importantly, members are prohibited from picking a lock that’s in use or owned by someone else. As is referenced on virtually all locking websites, breaking these rules are breaking the law. If you break the law, you are a criminal. Lock picking is a hobby for those who enjoy the challenge, not for criminals.

What’s really cool about this hobby/sport is you can take it to different levels. You can work your way up the hierarchy by earning belts, ala karate. There are nine levels, and you advance by picking more and more sophisticated locks, as well as by mentoring junior lock pickers, gutting locks and putting them back together again, and building special tools for the trade.

You can also measure your skills against other enthusiasts in international competitions. This is called Locksport, the sport of defeating locking systems. TOOOL.NL holds a major competition in The Netherlands, while U.S. contests are held in Las Vegas each year.

Lockpickers are pretty creative when it comes to their competitions. It’s not just the first one done wins, although there are those contests. There’s the Padlock Challenge, where contestants start with padlocks linked together. As they pick a lock, they attach it to the chain of padlocks of another competitor. The winner is the first to rid oneself of all one’s locks. In another, participants have to pick their way out of handcuffs before taking on a set of locks.

If you think you might be interested, we should warn you that this is a hobby that requires some commitment. There’s lots to learn and tools you have to buy. You can pick up the basics on any number of websites or watch videos on youtube — two good ones are by Bosnian Bill and Schuyler Towne.  You can also use these websites, or Amazon.com, to pick up your tools. These can range in price from about $25 for a beginner’s set, which includes a clear plastic lock for practicing, to $150 or more for the more advanced sets.

For more information on the subject, click on the links below: