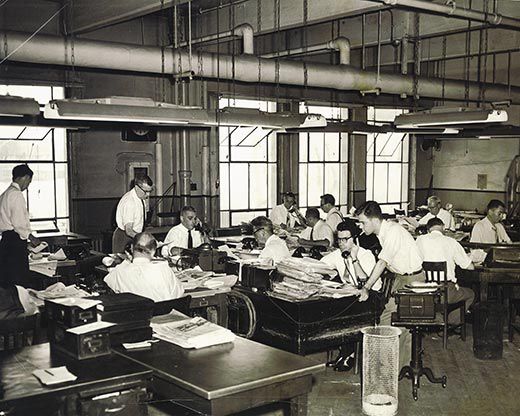 The power to lead and mislead

“There are three estates in Parliament but in the Reporters’ Gallery yonder there sits a Fourth Estate more important far than they all. It is not a figure of speech or witty saying, it is a literal fact, very momentous to us in these times.”

Burke, a member of the British Parliament, made his comment on the opening of the House of Commons, and was referring to the press. The idea of the Fourth estate originally derived from medieval times, when the clergy, nobility, and commoners made up the first three estates or blocs.

In our age, all media fits under the Fourth Estate umbrella, but print media remains the cornerstone. As a group, they are the force that keeps an eye on those in power, i.e., the government and other public and private organizations. They are a counterbalance to make sure we and our political system are not exploited. When at it’s best, journalism plays a key role in revealing corruption, bribery, human rights violations, and a variety of other sordid deeds.

In fact, the press is at the heart of what we think of as democracy. As Walter Cronkite said:

“A democracy ceases to be a democracy if its citizens do not participate in its governance. To participate intelligently, they must know what their government has done, is doing and plans to do in their name… This is the meaning of freedom of press. It is not just important to democracy, it is democracy.” 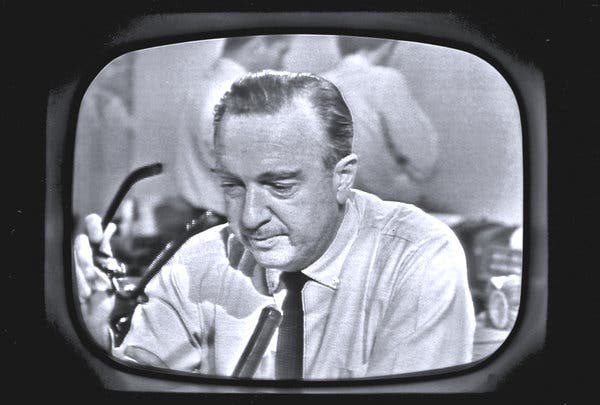 They are also supposed to be the guardians of the truth, and up until about 2004, most Americans trusted the media to be their watchdog. But today, only about a third has any trust in the media, which is a stunning development, given that these institutions are all we have to keep us informed.

The erosion of trust stems in part from bias. In the context of politics, most of us have biases. And we typically choose our information sources to support our bias — we want to hear what our side has to say, what minor victories they might have amassed, how they might have humbled the other side, etc. We have the freedom to think and believe as we want to, regardless of how irrational those thoughts and beliefs are.

The press, on the other hand, doesn’t have that luxury. The First Amendment guarantees freedom of the press, but that freedom brings responsibility. And part of that responsibility is to separate fact from fiction and provide an unbiased perspective. Facts matter, and we have to count on the press to investigate, interpret and present the facts truthfully.

It’s especially important in the present day that the media fulfill its responsibilities, since we the people really have no choice but to trust them — again, they are the only eyes and ears we have to uncover what our politicians are really up to.

The alternative is that we live with fake news — stuff that obscures the political scene and alters our perception of reality. We must never forget that the media has the power to inform, but they also have the power to mislead. What they present guides how we think and act, and misleading information harms the public discourse.

Some media outlets blatantly disregard their responsibilities, regardless of the impact on the country. They offer opinions devoid of facts or will provide alternative facts, or promote the most absurd conspiracy theories. Sites like InfoWars and FOX News on the right and Alternet and the Bipartisan Report on the left are nothing but propaganda machines — Goebbels would have been so proud.

That means the responsibility today falls on ourselves. We have to verify the information we take in to determine whether or not it is biased left or right, or just plain fake news. There are a few websites you can go to to for fact checking, such as Mediabiasfactcheck.com .

Another way to identify bias in a news article is by searching for other articles on the same topic from different news sources. If a questionable comment shows up in one article but not the others, it’s likely to be a false claim.

Finally, you can check out whether or not your new source is a bonafide provider of news. Here is a chart provided by Ad Fontes Media, which rates the various news outlets on their content. Here’s how things shake out for the best known sites…

In the above chart, if your news source falls within the green or yellow boxes (at the top), congratulations — you’re well informed, with only a hint of bias.

Organizations falling in the orange rectangle — leaning either left or right — are problematic. These media groups tend to give unfair interpretations of the news or provide selective information.

Then we have the dangerous media groups — those in the bottom red rectangle. These news sources are classified as propaganda, containing misleading information that interferes with dialogues.

Do yourself a favor, if your preferred news group falls in the red, find another one that suits your bias but still holds to honest and truthful reporting.

Unless, of course, you prefer to live in ignorance and bliss — they say these go together. But keep in mind that, if you choose to stay with media sites that spread falsehoods, and you’re bothered by the divisiveness in the country, then you should also acknowledge that you’re actually part of the problem.