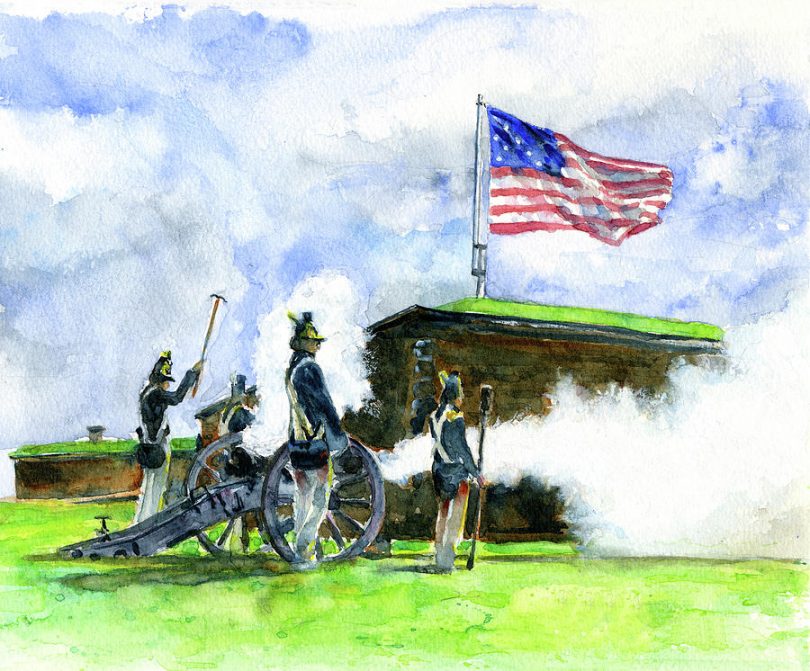 In the Dawn’s Early Light do we see change coming?

In these times of pandemics, social unrest, and self-quarantining, sporting events are few and far between. However, I vividly remember the last several events I attended had me standing hat over heart singing our National Anthem, the ever present Star Spangled Banner.

As the crowd sings along, hands and hats over heart, do we ever think about the Anthem’s history, or listen to the words we are singing? Why is it after all these years, and all this turmoil, we still sing a song that does not extol the magnitude and character of its people nor the great generosity of its Republic, and nothing of the geographical grandeur which we experience every day.

So how did this come about?

The lyrics  to the Star Spangled Banner come from the Defense of Fort McHenry, a poem written on September 14, 1814, (during the War of 1812) by 35-year-old lawyer and amateur poet Francis Scott Key. The initial thought came about as Key witnessed the bombing of Fort McHenry by the British and his joy at witnessing the tattered flag still flying after the carnage had stopped.

The poem  was set to a tune called “The Anacreontic Song,” composed in the late 1700s’ by  John Stafford Smith. It was linked to the Anacreontic Society, which was an amateur musician’s and singer’s club named after the Greek poet Anacreon.

At one point the song became a rowdy British drinking song.

Interestingly the flag Key saw was not the flag we learned about in grade school with thirteen stars and strips. That flag was not to come till later in 1818. This one had 15 stars and 15 stripes.

However, the question remains how does any song become a National Anthem. Who chooses it and why.

The National Anthem can only be chosen by Congress. In 1931, Congress passed a bill to make “The Star-Spangled Banner” the official national anthem of the United States, more than 100 years after it was composed. Although it took until the 20th century to become official, the Anthem had been the “unofficial” song of our nation for over 50 years.

As with almost everything in our country, the Anthem was also a point of controversy, which came to a head in 2016, in of all places a Sunday afternoon professional football game.

On that Sunday several players ‘took a knee’, that is, they knelt during the playing of the anthem as a protest over treatment of black Americans.  Some applauded the heroic act; some did not. The President (45) called it “disrespectful” and asked team owners to fire those ‘disrespectful’ players. Quarterback Colin Kaepernick, the first to ‘take a knee’, was banned from the league. (Unofficially. However, until this day he has not played in a single game.)

Once again, in recent weeks athletes and entertainers across the country, along with people in all walks of life  have vowed to join in and  ‘take a knee’. Whether you agree or disagree,  certainly the times “they are a changing”.

As the National Women’s Professional Soccer League kicked off on June 28, all members of both teams ‘took a knee’. What was once controversial is now understood to a be a peaceful way of protesting a violation of the civil rights for a segment of our country’s population. We will in the coming weeks and months see this all over our screens. Is the singing of a song more important than the rights of people of color? Is the flag worth more than the lives of thousands who do not, and never have shared equal justice in this country

We must ask ourselves, are we a nation of symbols or are we a nation of action? Are we tied to a past that is in many respects, racist, misognyistic, and certainly xenophobic, or are we a people that welcome change for the better: a change that will positively affect a great majority of its citizens, be they black, white, yellow, brown or red.

We need to remember that both the Nation’s Anthem and the flag itself are iconic reminders of what this country can be, not what it was, or even is.… We need to sing a song to the future of our own greatness and of our equality.

Symbols and songs will never take the place of growth and change. Inclusion rather than exclusion is the way to finding true justice. Listening to reason and fact, rather than ignorant beliefs will set us on the road to making this great nation even stronger, both morally and ethically.

We have a choice. Can we move past our fears and step into a brighter future, or are we destined to have a leader in a red baseball cap keeping us from a progressive future?

On July fourth remember whose country this is, and what we want it to represent. And remember as well November is not too far away…