Houston hosted the 2017 Super Bowl. But there’s more to the city than a football game.

In February 2017, fans came to Houston from across the nation to experience the highly anticipated Super Bowl. For those who were lucky enough to snag tickets, they knew NRG Stadium would be ready, rain or shine. With pro football’s first retractable roof, the stadium is nearly as much of a spectacle as the game itself.

Some ventured to Houston and weren’t able to get a seat, but even for these unfortunates, all was not lost.  There were some amazing events happening just outside of NRG, such as the Houston Touchdown Tour or LIVE Fan Festival in Discovery Green Park, which featured free-admission concerts from various Texas artists over the course of the nine days leading up to the event. 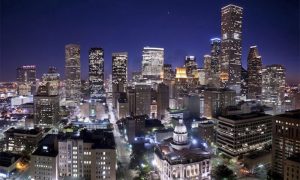