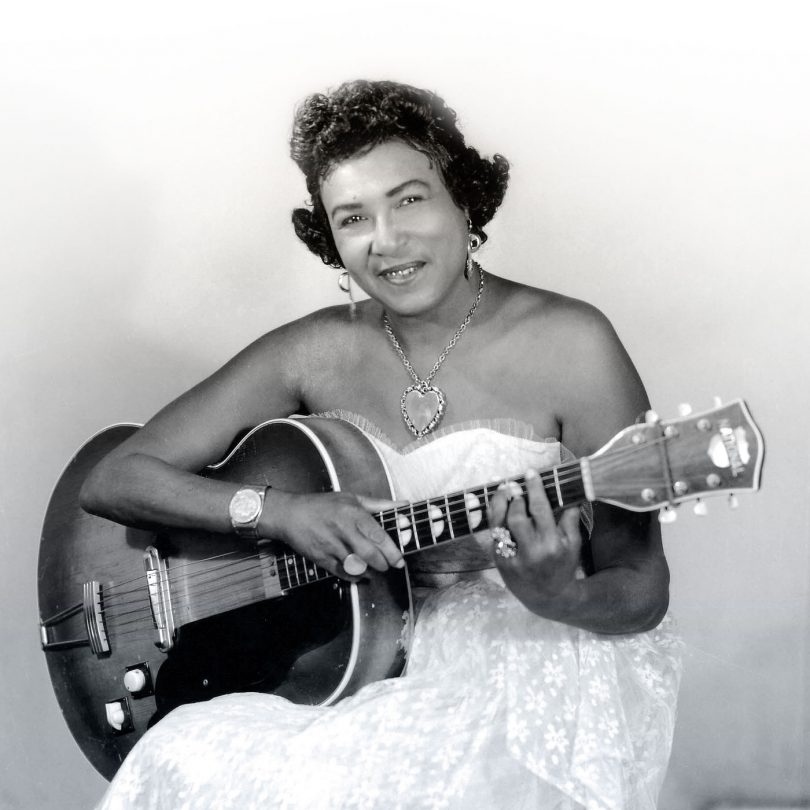 The Right Reverend Zebra Davis has called her a “sassy, brassy, hip shakin’, guitar slinging mama.”  Indeed, she was all of that and much more.

She was born Lizzie Douglas in Algiers, Louisiana in 1897. But the world quickly came to know her as  Kid Douglas and, then, as Memphis Minnie.

Kid started on the banjo at age ten and moved over to the guitar at 11. By thirteen she had run away from home and played corners on Beale street in Memphis. By the time she was 18 she ran away again, this time with Ringling Brothers Circus. After that short tour, she returned to Memphis and earned her money playing in the local Memphis music scene of the 1920s. She also supplemented her income by becoming a member of the world’s oldest profession. (Not totally uncommon for women performers of that era)

She began playing and recording with a partner who become her second husband, Joe McCoy. One day while playing in front of a local barber shop, Joe and Kid were discovered by a talent scout for Columbia Records. He quickly took them to New York City to record. They were now known as “Kansas Joe and Memphis Minnie.” 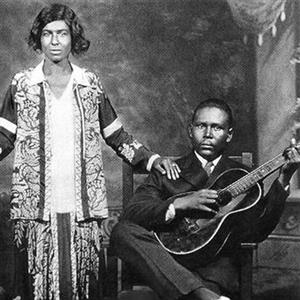 By 1935 Minnie was a staple of the Chicago music scene.  By 1941 she was playing the electric guitar where her fame was won and many of her best works were done.

Although her career declined during the late forties and early 50s, she left a legacy that included a Jefferson Airplane cover of her famous Me and My Chauffeur Blues. Her 1929 version of When the Levee Breaks was changed up a bit and recorded by Led Zeppelin.

Minnie was a polished professional who maintained a feminine and ladylike image with expensive jewelry and dresses. But she was not shy when it came to defending herself. In fact, Minnie was fiercely independent and aggressive when she needed to be. Blues musician Johnny Shines described her thus: “Any men fool with her she’d go for them right away. She didn’t take no foolishness off them. Guitar, pocket knife, pistol, anything she get her hand on she’d use it.” According to Homesick James, she chewed tobacco all the time, even while singing or playing the guitar, and always had a cup at hand in case she needed to spit.

Sadly, toward the end of her life, the performance dates got fewer and the labels smaller. The fame and money dwindled. The great Memphis Minnie gave up her honored throne on August 6, 1973 in her beloved Memphis.

This brilliant woman stood toe to toe with all the greats at a time when the blues guitar was a male dominated instrument. Most of the music she made was autobiographical and Bumble Bee, Hoodoo Lady Blues, and Me and My Chauffeur Blues were some of the 200 tunes she recorded.

Here’s Minnie performing “Me and My Chauffeur Blues” (Okeh Records, 1941):