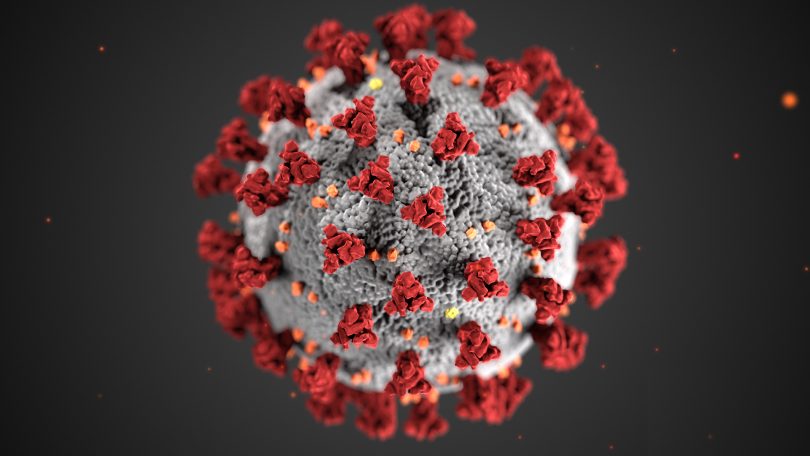 We’ll get through this, as we have gotten through other problems in the past. But things are likely to be different. Crises can bring us together, but they also point out our weaknesses — in our government, our economic structure, and our culture. Sometimes they bring hope for improvement, sometimes they lead to xenophobia and a clamping down on rights and freedoms. It’s usually not one or the other — there are gains and there are losses.

Here’s a summary of the thoughts of economists, social scientists, and political pundits who are paid to think about these things…

The person standing next to us could be carrying something we don’t want. We’ll think more about maintaining distance, and so they’ll be less hugging and touching, and shaking hands may become an outdated quaint custom. We may come to feel more comfortable alone and in the safety of our homes.

But that suggests that there’s also a likelihood that agoraphobia will increase – that’s an anxiety disorder triggered by a fear of becoming a victim. A person with agoraphobia is afraid to leave environments they know or consider to be safe — in extreme cases they’re housebound. The incidence right now is less than 1%, but they may go up. We may also find that social distancing can make people feel disconnected, and that can lead to stress. Stress in turn can lead to a variety of illnesses, including heart disease, depression, and dementia.

The United States is no longer the international leader. Our government’s narrow self-interest and incompetence has put the final nail in a coffin that began closing with our scapegoating of immigrants, alienation of allies, warring with our trade partners, and dropping out of world organizations. Instead, the world will be looking to China to lead the way.

But we might see more international cooperation. Our inability to handle the pandemic on our own will likely lead us to dump the “America First” ideology, and forge stronger world-wide organizations so governments can develop contingency plans and direct resources as they’re needed to combat our mutual challenges.

We’ll have a greater respect for the people who have risked their lives for our well-being — doctors, nurses, scientists, pharmacists, and other serving our needs. Maybe the celebrities and athletes that we so adore and pay lots of money to will be held in a more appropriate place in our minds. Thanks for the entertainment, but you’re not my hero. Perhaps, too, we’ll come to see patriotism more in terms of contributing to our community rather than blowing up someone else’s.

We may again realize that expertise matters, that government is for serious people, not for populists and reality TV starts who put their kiddies in powerful positions. Governments need to be staffed by experts and policies must be based on well-reasoned judgement. And we may remember that facts matter and science rules – we can’t afford to believe something simply because it fits with what we’d like to believe.

We’ll also remember that it’s government that protects its citizens, and size matters. The various departments and agencies that have been set up over the years was not about boondoggling; they are necessary organizations staffed with people who work for the public good.

And with that we’ll also remember that corporations have one agenda — earning money. They do not work for the public good unless there’s a profit to be turned. So looking for them to provide the products we need is not such a good idea. The capitalist mindset can not think beyond profit and so cannot address national problems.

Maybe the biggest winner will be climate change. The reduction in activity has had a measurable impact on air pollution – its estimated that, in China alone, emission reductions since the start of the pandemic has saved the lives of at least 1,400 children under five and 51,700 adults over 70.

There might be a decline in polarization, that disease we’ve been living with since the Nixon administration, when the “Silent Majority” was promoted to divide the country by giving one side reasons to hate the other side. We might think more broadly as Americans rather than as opponents in a political battle.

Governments may go too far with surveillance. Just like 9/11 spawned the Patriot Act, the government may use the pandemic to justify regulations to control their citizenry. Movements in this direction have been made by a number of countries, and in our own, the Department of Justice has filed a request with Congress that judges be allowed to suspend courtroom proceedings in emergencies. That leaves open the possibility of people being jailed without justification.

We can expect major changes in the health-care system. We’ll look for the government to take a more active role in developing medicines and stop relying on pharmaceutical companies. We should also see more support for Universal Family Care, possibly expanded Medicare, and mandatory paid sick leave.

We can expect to rely more on on-line communication tools like Skype, Facebook, and email for education and work. There may be more home-schooling or on-line classes, and working from home. We’ll also use our technology to allow for more wide-spread voting from our mobile devices, as well as early and mail voting, something that’s already been done for almost a decade by the overseas military and disabled voters.

Virtual working might be particularly good for Congress. Representatives can spend more time in their districts and so be more tied into local issues. Also, a virtual Congress is harder to lobby, and representatives might feel less compelled to follow the party line and listen more to their constituents.

Some types of manufacturing might return to our country. Companies may rethink their reliance on multi-country supply chains with a just-in-time delivery philosophy. Governments might force certain industries to have domestic backup plans to protect against future disruption. Product costs will go up for the consumer, but at least we’ll have the products we need when we need them.

The inequality gap between the top fifth and all the rest will be widened. Most of the wealthiest people have been able to work from home and continue earning their salaries during the shutdown. The other 80 percent of Americans, who tend to work in service or delivery jobs, are more likely to have been put out of work, or, if they’ve kept their jobs, more likely to be exposed to the virus.

But we’ve also learned that the government can step in to fix their economic woes. Multi trillion dollar bailouts can be put in place quickly when they’re needed. That means that those whose problems have been dismissed in the past as impossible to fix no longer applies. The result might be a revitalized labor movement, with the government forced by its citizens to make sure companies take care of their workers.

Maybe we’ll come to realize that mis-information, disinformation, and malicious conspiracy theories don’t serve our interests. We’ll look to the media to provide honest reporting and we’ll take the press more seriously, remembering that they are the guardians of our rights and the ones making sure our government remains honest. Hopefully, we’ll also come to see extremist websites like Infowars that peddle hate or presidents who try to discredit the media as the true threats to our democracy.

Finally, it’s possible that we’ll come away with a world view, a sense that we’re all in this together, and so we’ll work to maintain closer ties between countries. That’s the sensible approach. But we don’t live in a sensible world, so it’s just as likely that we’ll move more isolationist and xenophobic, and look to scapegoat others as the cause of our current predicament.