The list of automakers in season six include: Audi Sport, BMW AG, Jaguar Land Rover, Mercedes-Benz, Nissan, Penske Autosport, and Porsche AG.  There are more manufacturers from new companies who are fighting to become a part of the burgeoning electric car industry.

So what’s going to happen to those 40 old cars who started the championship in 2014?  They’re now for sale. They cost half a million each and are expected to sell for about half that in the aftermarket. Every car has an identical chassis and battery so their individual value may be pegged to things like victories, sentiment and other factors. Spark Racing Technology assembled those first cars and has the contract to assemble the new ones.

Season six of Formula E racing opens with all 22 Gen2 cars in December in Saudi Arabia. 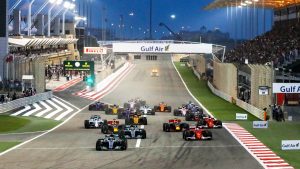 Page 4 of 4 Previous Page Next Page