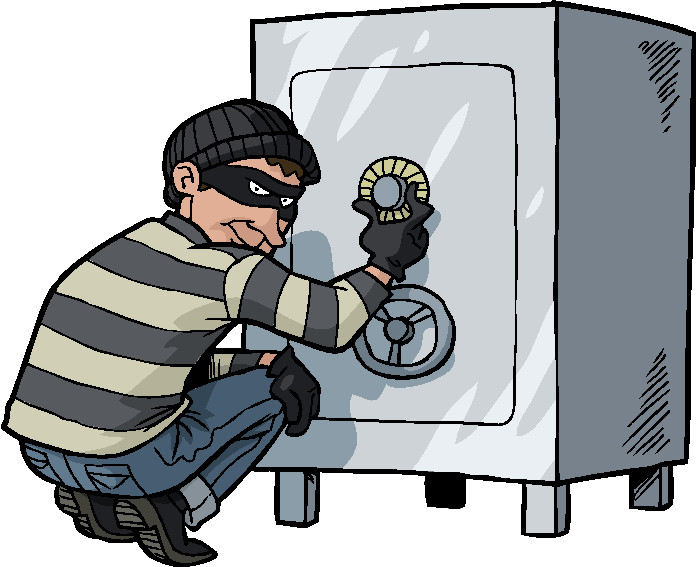 Luey checked into the Holiday Inn on the corner near the Chinese Restaurant and across from the back gate to the Crossing. He watched for two days and two nights till he got the security routine down. Between 7:15 and 7:25 there was a shift change. The two who were leaving were doing paperwork and finishing up the last of that day’s reports. The two new guards were parked together in a car by the clubhouse, not wanting to get there too early and let those bums get off work two minutes before they were supposed to. All this happened every day like clock-work. Friday was the day Luey picked. That gave him two more days to prep and put the plan in motion. That was all he needed.

Now to go tell Oscar’s wife Betty what he had in mind.

Betty went for the idea as soon as she heard it. Nothing new about offering a woman a new bauble and her accepting it…but this one was for all the baubles and for all things larger than a bread box, too.

With Betty on board, Luey then went to Oscar’s mistress and filled her in as well. No bauble needed here — just the threat of her husband and the loss of a heck of a lot of dough.

That brings us to Friday night at 7:22 pm. Slipping past the two guards was child’s play, and the hundred and twenty five yards to the Brown’s back door was a cinch. Luey felt like his old high school days, running with abandon, till the old hip injury started up and he walked the last twenty five yards, slowly. The security code worked just like Betty said it would, and the doors slipped quietly open and then back again without a sound. The lights were off, and just to be on the safe side, Luey used his small Duracell flashlight like he always did. Oscar had given him the layout, and the floor plan Luey drew was perfect, allowing him free range through the entire house.